The foreign exchange markets, once dominated by big banks, are now starting to resemble other asset classes that use order books and electronic matching engines. The amount of spot FX trading being executed electronically continues to increase, especially among institutions.

Where once banks dominated FX market making, today non-bank liquidity providers are making really providing much of the liquidity, taking on liquidity risk, and offsetting it in other assets, not just hedging within the FX asset class itself. Equity market making firms, high-frequency trading shops, and statistical arbitrage players are all making the move into FX, providing competition to the traditional, bank-only liquidity model. 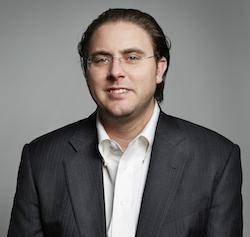 Although Lucera provide infrastructure for all asset class, the only one that is experiencing growth right now is FX. “It used to be that the equity trading groups were the ones that would get the lion’s share of the budget, but we’re now seeing the lion’s share go to foreign exchange,” Loveless said. “I expect to continue to see that grow.”

FX activity is also picking up among buy-side firms, most frequently on the liquidity taking side. “You have a lot of people coming into this marketplace who have always traded FX but haven’t given it all that much thought,” said Loveless. “They might have some FX exposure and they would hedge it out at the end of the day. Now, because volumes are low and volatility’s low, and everybody’s focusing on execution quality, all of a sudden FX matters.”

Traders of American depositary receipts, who trade stocks between different countries and who used to just take the FX risk onboard and then offload it at the end of the day, are now trading FX directly because the extra tenth or two-tenths of a basis point makes a difference.

“It’s not like equities, where there are exchanges and a few dark pools. There are 30 or 40 (FX matching engines) just in New York alone that you probably need to connect to, and then when you add London, you could be taking about sixty or seventy connections,” said Loveless.