Martin Gilbert, co-chief executive of Standard Life Aberdeen, said active managers are important but need to do a better job at explaining their role.

He was speaking to Jake Moeller, head of Lipper UK and Ireland research at Thomson Reuters in London last month in a podcast. Standard Life Aberdeen was formed from the merger of Aberdeen Asset Management and Standard Life Investments, which completed in August 2017, under Gilbert and co-chief executive Keith Skeoch. 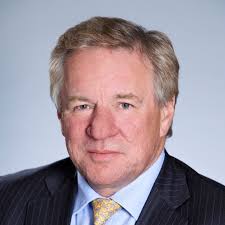 Gilbert said the merger had gone remarkably well and any issues were sorted out quickly. “Moulding the two cultures was easier than we thought it would be,” he added. “It helps that we are both based in Scotland.”

Standard Life Aberdeen said total assets under management and administration increased to £646.2bn ($914bn) at the end of last year, despite net outflows of £10.6bn.

Skeoch and Gilbert said in a statement: “While the combined business has experienced net outflows, these were in line with our expectations given the asset classes affected and the structural outflows from our lower margin mature books. Nevertheless the momentum in our business is good with £58.6bn of gross inflows during the period.”

Gilbert added in the podcast that the asset management industry as a whole has been suffering outflows from long-only active managers to alternatives and other asset classes. “We have also not had great numbers, especially in emerging market equities. Being underweight Chinese technology firms has hit us hard,” he said.

However he argued that active managers need to do a better job of explaining their role. “Without active managers there would be no IPOs,” Gilbert added. “There is also value in acting like owners and we are keen on the BlackRock initiative that the industry should be taking a longer-term view.”

The competition from passive funds was highlighted by European fund flows in February. It  was the fourteenth consecutive month for positive long-term mutual fund flows in the region according to Detlef Glow, head of EMEA research at Thomson Reuters Lipper. Total fund flows were €35bn ($43bn) but the majority of inflows, €23.1bn, were into exchange-traded funds. Glow said in a report that assets under management in the European ETF industry rose to €648.3bn at the end of February.

“The increase of €1.1bn for February was driven by net sales (+€10.5 bn), while the performance of the underlying markets contributed a negative €9.4bn to the assets under management in the ETF segment,” Glow added.

BlackRock’s iShares was the largest ETF promoter in Europe with assets of €299.8bn, ahead of Deutsche Bank’s Xtrackers with €69.5 bn and Societe Generale’s Lyxor ETF at €64.5 bn in third place.

In February Lloyds Banking Group gave notice to Standard Life Aberdeen that it would be terminating a £109bn asset management mandate due to the merger. The UK bank owns insurer and wealth manager, Scottish Widows, and said Standard Life is a material competitor.

Jayne-Anne Gadhia, chief executive at Virgin Money, said in a statement: “This mutually beneficial relationship will give our customers a broader fund choice and the tools and capability to invest for the future with confidence. It is expected to generate significant growth in assets under management, drive additional capital-light returns and to be game-changing for our investment business over the longer term.”