Mathew McDermott, global head of digital assets at Goldman Sachs, expects consolidation and additional regulation for stablecoins following the collapse of the TerraUSD (UST) which led to a loss of more than $40bn in market value.

McDermott was interviewed on the Exchanges at Goldman Sachs podcast and said it is important not to group all stablecoins in the same bucket as their underlying mechanisms can vary significantly. Some maintain their peg to a fiat currency by being fully asset-backed while others, such as UST are algorithmic. An algorithmic stablecoin is a token that relies on algorithms to regulate supply and demand, in this case to maintain. UST’s peg to the US dollar. 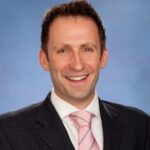 “What we saw last week was obviously a break which took quite a dramatic effect and will give rise to consolidation and additional regulation, which we welcome as a regulated bank,” added McDermott. “A regulated, transparent and fully-backed stablecoin has huge potential.”

Marc Rubinstein, a former hedge fund manager, said in his newsletter that this is a critical time for stablecoins in their challenge to become a sensible alternative mechanism for payments.

“The Terra implosion has left a residue over the entire space and they were anyway on a path towards tighter regulation,” Rubinstein said. “But as higher rates create a route to profitability, the low-risk survivors could be well placed.”

McDermott added that digital assets are still emerging so huge moves in volatility should not come as a huge surprise. McDermott highlighted that crypto has been more correlated to the broader macro market moods than had been expected as nearly every asset class with discounted cash flows has been hit by inflationary pressures.

“Since the start of this year we’ve definitely seen a much higher correlation of crypto to US equities,“ he added. “Bitcoin has been trending in line with Nasdaq in terms of its year-to-date losses which is circa 30%.”

McDermott said Goldman Sachs defines digital assets as cryptocurrency, natively issued or digitally represented traditional assets and digital money on the blockchain. Fiat currency still settles on the traditional infrastructure that operates only during market hours but blockchain potentially allows settlement on a 24-hour basis, seven days a week and 365 days a year.

“Maturity across both the market participants and the infrastructure has given not only confidence to many different institutional sectors, but also has enabled many more traditional traders to really look forward in how they trade this marketplace because of this maturity in the product suite,” he said.

“We have seen maturity across both market participants and infrastructure, which has enabled many more traditional firms to broaden how they trade this marketplace,” he added.

For example, hedge funds are increasingly looking for exposure through options so they can trade volatility, which was not possible 12 to 18 months ago.

“The ability to trade volatility and not have to express a view is hugely powerful,” said McDermott. “That maturity also makes it more akin to existing financial instruments that have many different trading strategies.”

Our global head of digital assets, Mathew McDermott, discusses how digital assets could create a paradigm shift in financial markets.

Goldman Sachs has seen more activity from hedge funds, asset managers, pension funds, corporates, as well as private wealth clients. McDermott added that institutional investors have increased their confidence that digital assets are here to stay due to the maturity of the product offering as well as regulators taking action, although it is too soon to say how the different regulations will ultimately play out. As a result institutions are investing and building resources in the sector.

Digital assets will speed up the time it takes to clear and settle trades. McDermott said: “We definitely believe the underlying blockchain technology will have a profound impact on the financial markets.”

For example, in April 2021 the European Investment Bank launched a digital bond issuance on a blockchain platform in collaboration with Goldman Sachs, Santander and Societe Generale. The digital bond could be settled without a traditional central securities depository or custodian because certain actions could be validated by miners on the blockchain. The bond typically takes five days after a trade to settle, while the digital bond settled one day after trading. The technology therefore reduces settlement risk and increases transparency.

McDermott said Goldman Sachs has also been involved in many proofs of concept with central banks on wholesale central bank digital currencies.

He said: “From our perspective we continue to identify exciting investment opportunities but we are primarily focused around the blockchain as we want to accelerate our own strategic focus.”