Sign up to receive exclusive articles on topics including: Select one or more newsletters you would like to receive:
Close popup
Home
Hedge Funds

For Nova Scotia Pension Services, there are benefits to rubbing shoulders with some of the world’s savviest and most sophisticated public pension plans.

“We do not see ourselves in the same league as HOOPP or Ontario Teachers’, but what is fantastic about the Canadian pension industry is that it is incredibly collaborative,” said Steven Wolff, chief executive of Nova Scotia Pension. “The top organizations really play a leadership role in terms of intellectual capital, and there is a very healthy exchange of information between them and players like ourselves.” 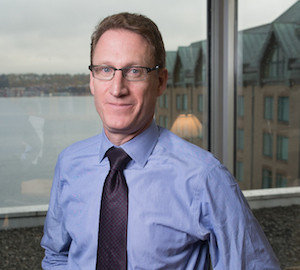 Nova Scotia Pension oversees C$9.5 billion (US$8.56 billion), most of which is farmed out to external managers. Its Halifax headquarters is located almost 800 miles east-northeast of Toronto, the financial capital of Canada and home of pension heavies such as Canada Pension Plan Investment Board,  Healthcare of Ontario Pension Plan, and Ontario Teachers’ Pension Plan.

“Our strategy is to watch those guys, learn as much as possible and — where it makes sense — implement those ideas in our own platform, at an external level,” said Wolff, who categorizes Nova Scotia Pension as the smallest of Canada’s mid-sized plans.

With a collective $714 billion in assets under management as of 2011, the 10 largest plans also include Caisse de Depot et Placement du Quebec, Alberta Investment Management Co., and Ontario Municipal Employees Retirement System. The group manages 80% of their total assets internally, at an average cost of 0.3%, compared with 1.5% to 2.5% for actively managed mutual funds, according to the Boston Consulting report.

“There is no co-mingling of assets,” Wolff told Markets Media in a Feb. 14 telephone interview. “They have different customized asset policies, which are directed by the risk profile of the trustees,” he said, noting that each plan’s funded status is the primary determinant of its asset allocation.

The fully funded public service plan comprises about one-third equities, one-third fixed income, and one-third absolute return and alternative strategies. Within equities and fixed income, assets are geographically diversified, with about one-third each in Canada, the U.S., and global. In the plan’s absolute-return strategies, there are what Wolff described as low-risk hedge funds, plus Canadian and global real estate, Canadian global infrastructure, and commodities.

Diversification is a hallmark of the portfolio. “The whole point behind the asset mix is to manage through what we perceive to be a period of constant volatility, while protecting the funded status of the plan and achieving targeted returns,” Wolff said. “The plan has a very comprehensive currency overlay, through a mix of active and passive strategies.”

The teachers’ plan is about 75% funded on a going-concern basis, and Wolff said the portfolio is managed with the shortfall in mind. “That plan has to achieve higher returns, and ultimately the Trustees decided to take on more risk in an effort to do that,” he said. “That asset mix can be described as 45% equities, 25% fixed income, and 25% absolute return and alternatives.  Within those asset classes you have the same level of diversification across Canada, U.S., and global.”

Since the inception of the Nova Scotia Pension Plan about 20 years ago, investment return has averaged about 8% a year for both plans, 65 basis points ahead of the benchmarks, according to Wolff. Performance has been especially strong since a new asset allocation was implemented in 2010. “Last year, both plans were well above 10% , with strong value added,” he said. 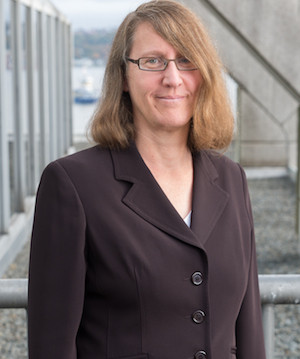 Wolff works closely with chief investment officer Elizabeth Vandenberg, who is responsible for the day-to-day implementation of the asset mix, as well as tactical investment decisions. “Much like our corporate goals and objectives of providing expert, high-quality services to members and stakeholders, we are focusing on that same level of service for the Trustees,” Vandenberg said. “We accomplish this by balancing our internal investment capabilities with the partnerships that we have created with external experts. This enables us to provide a comprehensive, customized investment program for the pension funds.”

A native of New York City, Wolff joined Nova Scotia Pension in May 2008 from State Street, where he had been since 1987, most recently as senior managing director for the global firm’s alternative and offshore investment fund servicing business in Toronto.

Wolff, 52, eschews talk about individual accomplishments, and you won’t find him talking stocks on CNBC. “In this business, I hate the ‘rock star’ mentality. I just do not believe in it,” he said. At Nova Scotia Pension, “we really are a team. Elizabeth and I work in partnership, and similarly, I work in partnership with our chief pensions officer.”

Partnerships extend to the investment firms hired by Nova Scotia, which include more than 20 managers in stocks and bonds across about 30 mandates, plus customized platforms with other managers covering direct hedge-fund investments, global infrastructure, and Canadian and global real estate.

“What we have done the past few years is identify leading global providers and develop relationships with them,” Wolff said. “If those relationships are going well, they transition into partnerships and we can incrementally build customized products with them.”

“These leading global providers tend to be very much specialized in a specific asset class,” Wolff continued. “For example, we work with a leading hedge-fund adviser who developed a direct hedge-fund program for us. They have the access to high-performing and hard-to-access managers, where a small player like us (otherwise) would not. They do initial diligence and ongoing monitoring, and the investment decision is essentially a joint decision, as we do our own comprehensive review.”

About 85% of Nova Scotia Pension’s investment assets are externally managed; only some real estate, infrastructure, and small positions in cash and real-return bonds are managed in-house.

Some large public pensions manage all their investments in-house, though a more typical model  is to manage all or most of their core stock and bond investments internally, and hire external managers for at least some of their more esoteric assets, such as alternatives. In-house management is considered a better business model for larger plans, which have the resources to hire high-caliber portfolio managers, traders and technologists and achieve economies of scale.

For Nova Scotia Pension — whose assets under management is a small fraction of CPP Investment Board’s $189 billion and Ontario Teachers’ $130 billion — a different approach is indicated. “We are realistic about who we are,” Wolff said. “There are not a lot of PMs who are going to make the kind of money and do the kind of things that gets them going with a $9.5 billion group of portfolios. We think this is the right model, and an external program really works for us.”

The external platform provides Nova Scotia Pension with valuable speed to market. “Hedge funds are a perfect example,” Wolff said. “We could take years to learn how to access the right hedge funds and develop the risk management protocol and all that, or we could spend six months doing a comprehensive RFP and find the right fit. That is what we have done in hedge funds, infrastructure and global real estate, and it has been very productive.”

Wolff and his team have worked to improve the overall expeditiousness of the pension plan. “We have become much more nimble in the past six years,” Wolff said. “We have spent a lot of time with trustees working on governance and then using that to internally drive our decision processes, our analysis, the quality of reporting, and the timeliness of reporting that goes back to the trustees.”

Regarding the macro environment and recurring market concerns such as economic growth, central banks’ monetary policy, and sovereign debt flare-ups, Wolff’s only prediction is that events will continue to cause markets to fluctuate. “I don’t really have anything smart here,” he said. “Our major concern, looking out short- and even medium-term, is for continued volatility. We have designed the portfolios around that scenario; the fundamental point is our portfolios are very diversified.”

All institutional investors with significant fixed-income holdings have struggled to recoup the yield lost when bond yields fell amid the global financial crisis of 2008-2009, and have since remained at least a couple percentage points less than historical norms. Nova Scotia Pension has responded by diversifying from almost entirely Canadian bonds to one-third U.S. and one-third global, as well as moving a portion out of government bonds and into higher-yielding investment-grade corporate bonds.

“We have done a lot of work on our fixed-income portfolios,” Wolff said. “Getting the most out of fixed income is a major challenge.”

Nova Scotia pension does not use derivatives internally, but some of its managers are free to do so. “One of our fixed-income mandates is global and there is extensive use of derivatives,” Wolff noted. “It is almost an unconstrained mandate, where the manager can use all tools including derivatives to maximize return and mitigate risk.”

Wolff sees a bright future for the specialists that Nova Scotia Pension entrusts with capital. “My personal view is that we are going to continue to see more segmentation and more specialization,” he said. “There are very few, or few to no firms that can do everything well. For us, our focus will continue to be on really specialized investment managers, and I think that is a theme for the industry.”

One challenge, and potential opportunity, that Wolff foresees coming to pass is the demand for alternative assets exceeding supply. “How are small- to mid-size players going to access alternative assets, whether it be hedge funds or infrastructure?” he said. “If we are all running into that space — and it feels that way — there are going to be some challenges accessing the right assets for smaller players. So I think it is both an opportunity and a challenge in terms of innovation.”