With the growing demand for liquid alternatives in the form of mutual funds and ETFs, the role of hedge funds is undergoing a fundamental change. Whereas once they were viewed as a separate (and riskier) category, they are now being viewed as being more mainstream.

“There will be more focus on the function of the investments rather than the label, and therefore alternatives will play a larger role in the portfolio,” said Dorothy Weaver, co-founder of Collins Capital. “Hedge funds now are not being viewed as providing outsized returns, but as a risk reducer and volatility dampener.” 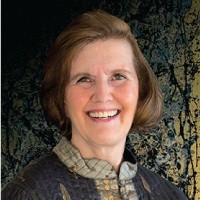 The move toward liquid alternatives is going to be a big trend for the foreseeable future. However, that will require investors to dial down their expectations. “In 2014, people will begin to focus on the role played by different asset classes,” Weaver said. “Nirvana is bond-like risk with equity-like returns. But when people say equity-like returns, it’s not the zero we experienced in the prior decade, but the 30% that we saw last year. When they talk about bond-like risk, they’re not thinking about today’s environment, when bonds can be one of the riskiest elements of a portfolio.”

“Investors don’t want to be in a long-dated bond portfolio. They know interest rates are going up. So they are over-allocated to equities but are not about to put that into bonds,” Weaver said. “Labels such as “alternatives” may get in the way – what really matters is the function they play in the overall portfolio. It’s going to take a lot of education. Many are lumping everything together and calling them alternatives.”

Managed futures, for example, “behaves very differently from the portfolio we have put together to reduce risk and enhance returns under a variety of market conditions,” Weaver continued. “Our portfolio, in turn, behaves very differently from long-biased long/short equity, which could be considered part of one’s equity allocation rather than the alternatives allocation. A correction in 2014 will help people sort these issues out.”

Institutions are also turning to Exchange-Traded Funds (ETFs) at an increasing rate given the vehicle’s flexibility, transparency, and ease of implementation. Smart beta ETFs, in particular, have seen tremendous institutional growth. Non-market cap weighted ETFs captured over 29% of the U.S. ETF equity inflows in 2013, despite representing only 19% of the assets, according to Cogent Research.

As Janet Yellen takes over the helm at the Fed, Weaver, a former chairman of the board at the Federal Reserve Bank of Atlanta’s Miami branch, believes “we should expect thoughtful and measured policies. The direction will be to continue with the taper. The Fed has been put in an untenable situation. Bernanke was clear from the beginning that monetary policy alone would not solve it. You need to have Congress and fiscal policy working hand in hand, which has not materialized, and you need the confidence of the private sector.”

Interest rates have been held artificially low. “Getting from 1.62% up to more normalized levels is likely to be rocky, and we have seen the effect even a whisper of a taper can have on the credit markets,” said Weaver. “It’s more of a psychological than a mathematical situation. Therefore, managing the message is as important as managing the math. You see large amounts of money accumulating on the balance sheets of corporate America. Unlocking that is the key.”