Hong Kong and the UK have signed an agreement for mutual fund recognition which presents an important opportunity for UK asset managers as the country leaves the European Union.

The Securities and Futures Commission, the Hong Kong regulator, and the Financial Conduct Authority, the UK regulator, agreed a memorandum of understanding on 8 October which introduced a “streamlined” mutual recognition process to improve cross-border distribution of retail funds to the public in the two jurisdictions.

Adrian Whelan, senior vice president of regulatory intelligence at Brown Brothers Harriman, posted on the US bank’s On The Regs blog that this is Hong Kong ’s fourth mutual fund recognition agreement after China, Switzerland, and France.

“At the same time, Brexit is compelling UK asset managers to look beyond European borders for opportunity,” added Whelan. “For these reasons, the excitement around this arrangement may be justified.”

Whelan continued that so far demand has been minimal for the French and Swiss mutual recognition schemes but the UK could be different.

“Many believe the UK arrangement has a higher chance for success because the UK and Hong Kong are already so interconnected,” said Whelan.

He noted there are more than 300 UK-based companies that have regional headquarters or offices in Hong Kong.

Andrew Bailey, chief executive of the FCA, said in a statement: “It reflects the UK’s commitment to open financial markets supported by effective regulation which delivers equivalent outcomes.”

The SFC said the agreement also establishes a framework for exchange of information, regular dialogue and regulatory cooperation in relation to the cross-border offering of eligible Hong Kong public funds and UK retail funds. 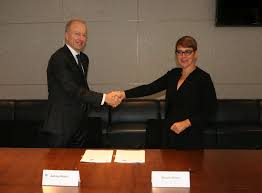 Ashley Alder, chief executive of the SFC, said in statement: “This new cooperation framework with the FCA will not only bring benefit to the asset management industries in the United Kingdom and Hong Kong, but also offer investors in both markets with more investment choices.  Equally important, expanding the mutual recognition of funds framework is consistent with our strategic goal of positioning Hong Kong as an international asset management centre.”

Whelan noted that the agreement is yet another step in Hong Kong’s ambition to act as a fund and asset management hub for the Greater China region.

“An important policy decision to progress this goal was the introduction of a corporate fund structure in Hong Kong, known as the Open Ended Fund Company,” Whelan added. “Corporate fund vehicles tend to passport better on a cross border basis and OFC will aid any Hong Kong funds wishing to sell into the UK – a market used to such vehicles through Ucits and OEICs.”

The Ucits fund passport will not be available to UK funds after Brexit but the FCA has published a consultation paper on Brexit which foresees the maintenance of Ucits rules for UK retail funds.

The industry hopes this will ensure UK funds are looked on favorably when assessed for equivalency in negotiating similar fund recognition deals,” said Whelan. “Potentially there is no reason why the UK – as a non-EU third country – cannot strike a similar deal with Ireland and Luxembourg.”

He continued that another benefit of Hong Kong funds is their eligibility to participate in the existing mutual recognition regime between Hong Kong and China.

Lora Froud, partner in the investment management group, and Matthew Ridgway, senior solicitor, at law firm Macfarlanes said in a note that under the agreement eligible funds will still need to apply for recognition under Section 272 in the UK or Section 104 in Hong Kong. In addition, they and their managers will need to comply with the local rules and regulations in the host jurisdiction. 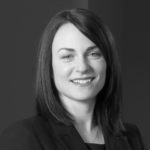 “However, by concluding the MoU, the FCA and the SFC have committed to processing and determining applications from eligible funds in a more efficient and streamlined fashion,” added the note. “The streamlined process should be facilitated by increased regulator-to-regulator cooperation.”

Macfarlanes continued that the Section 272 recognition regime has not been well used.

“This is largely because the FCA has, to date, interpreted the requirements for the third country fund to offer “adequate protection” to investors, very narrowly,” said Froud. “It will be interesting to see, particularly with Brexit fast approaching, whether this mutual recognition process will spur greater take up of the Section 272 route.”