How to Turn Blockchain Hype into Reality

By Mike Tae, Head of Strategy and M&A at Broadridge 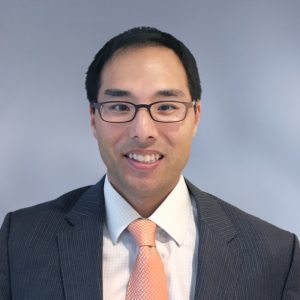 The excitement over the use of Blockchain in our industry is well-justified. There is little doubt of the potential of distributed ledger technology (DLT) to transform business activities and create new efficiencies within financial markets. The technology is already reducing operational costs, shortening settlement times and streamlining online payments. However, Blockchain needs to overcome a particular problem: the technology has seen plenty of pilot projects, but very few of them fulfill the great promise they hold within the commercial market.

The reality is that while a small percentage of projects are trending towards production, none of them are at scale and many are still far from reaching a tipping point.  Forrester Research predicts that nine out of every ten corporate Blockchain projects will not progress past the pilot stage. Just 14% of companies in the capital markets sector have successfully deployed a Blockchain solution that is in production, according to a Greenwich Associates survey.

Blockchain’s continued failure to launch is costly for the financial services industry in terms of lost revenues, given that the technology is set to create $175 billion of annual business value by 2025. Despite this, I am still confident that the industry can bridge the gap between pilot and production, and propel Blockchain from fledgling technology into heavyweight alpha deliverer.

It is important to understand why most Blockchain projects falter at the pilot stage. By definition, a successful Blockchain application relies on a large network of participants to carry out transactions. Put another way, mass collaboration can only occur if there is sufficient collective self-interest. We know there is a huge pool of potential users, but there isn’t commitment to achieve sufficient scale on any particular use case.

It means the financial industry cannot build Blockchain platforms in the blithe expectation that users will eventually come flocking, a philosophy endorsed by the ghost of Jim Morrison in Wayne’s World 2. If you haven’t seen the movie, Morrison tells rock fans Wayne and Garth that in order to stage a successful music festival, they simply need to book the bands, “and they will come”. There’s no shortage of Waynestocks, or Blockchain platforms, but very few of them are booking the bands, or building this critical mass of users.

They have good reasons to play the waiting game. The financial industry, which demands high levels of certainty and stability to deal with trillions of dollars on a daily basis, is still wary of Blockchain’s legal, regulatory and technical risks. Many of these risks and uncertainties are related to the decentralized nature of the technology.

It is worth imagining the legal complexities involved in the real-life bankruptcy of a digital asset on a Blockchain. There is the thorny issue over the sanctity of any digital smart contract that governs such an asset, which raises questions about its enforceability. The distressed asset or node could be located anywhere in the world, which means that legal interpretations would vary depending on jurisdiction. Blockchain might add value in theory, but financial companies view the technology as an invitation to adjudication and arbitration in practice.

Some companies also regard data in the Blockchain sphere as a liability, rather than an asset. Hypothetical Blockchain users in the financial services industry would control and process mountains of customers’ personal data across several different jurisdictions. Most international financial players have offices in the European Union, where there are stringent privacy laws governing data controllers and processors, known as GDPR. These laws stretch beyond the bloc and apply to any company with a branch in the EU, regardless of where they are processing the data.  It is perhaps unsurprising that some companies simply steer clear of Blockchain altogether, rather than risk European regulatory oversight for DLT-based transactions that have little or no connection to Europe.

Blockchain is also grappling with technical issues. One perennial complaint from the financial services sector is the lack of interoperability between different platforms. This is a serious shortcoming for an industry that needs technology to work across various companies, functions and offices, as well as across a wide range of software. We have seen industry groups such as Hyperledger, who are working to build standards to enable interoperability, but it hasn’t yet been enough to move the needle on Blockchain.

Despite Blockchain’s obstacles, I am still optimistic that we will improve our conversion rate of Blockchain pilots that move to the production stage. It is worth remembering that it is still early days, and that DLT is already the underlying technology for nearly $150 billion of various crypto currencies. Blockchain also has a higher calling and a greater application than as the forum of Bitcoin speculators.

The industry is breaking new ground on the technology. Blockchain is currently being tested by Australia’s primary securities exchange, the ASX Group, in its clearing and settlement infrastructure and platform transformation. My colleagues at Broadridge and beyond also agree that DLT has the potential to improve a whole range of processesthat involve disparate data and domains, huge client bases, and a multitude of parties and relationships; whether they are buy-side, sell-side, clearing houses, custodians, or regulators. Companies could use Blockchain to speed up trade settlements, improve operational efficiencies for bi-lateral repos and swaps and unlock higher levels of liquidity and collateral optimization. As we make large strides with interoperability, Blockchain will become an enterprise-wide proposition.

The wide range of potential applications illustrates the sheer utility of the technology. However, our industry needs a coordinated approach if we are to build the networks that will enable Blockchain’s success. My view is that the companies that are best-placed to play this critical role are technology-focused players that sit ‘in the middle’ of the financial services industry.

These companies can leverage whole networks of would-be Blockchain adopters because they are unique in having a privileged, big picture view of the entire alpha-generating factory.  They provide the architecture that allows for millions of transactions per day. They are closer to the market than anyone else, while being disinterested observers in strict financial terms. They can gather and analyze reams of data that allows them to identify, diagnose and remedy Blockchain’s pain points, and plot out a roadmap for the technology on behalf of the industry. This is crucial to mitigating the risks and mutualizing the costs around Blockchain.

It is common sense to state that financial companies cannot fulfil this network-building role, not least because of the potential conflict of interest:theywill themselves be the links in the Blockchain. It stands to reason that companies with existing large customer networks and a rich heritage of commercializing technology are likely to accelerate Blockchain adoption.

For example, Broadridge will soon roll out its Global Post Trade Management (GPTM) platform, which is technology built for the financial industry that addresses concerns over the high cost of operations and technology to support the full front to back trade life cycle processing.  We are fully invested in this new platform as we are partnering very closely with top Tier 1 clients to drive our vision forward.  Blockchain can benefit from the same approach of partnering with key players, mitigating risks and mutualizing costs for the entire industry.

The industry can close the gap between pilot and production in other ways. Large technology-focused players need to continue to invest wisely in the digital space: this means buying and investing in other technology providers, and investing internally in developers and products. They should also strike partnerships with other technology-focused and financial services companies where appropriate to solve customer headaches.

In the meantime, the excitement around the transformative potential of Blockchain and its possible applications will continue. This is primarily because of the sheer technological utility of DLT. But we will only improve our pilot-to-production conversion rate with a coordinated approach to the technology that allows centrally-positioned stakeholders to mitigate risk and mutualize costs. Once this happens, the whole industry stands to benefit.