In Bonds, One Size Doesn’t Fit All

Fixed-income markets are massively heterogeneous compared with equity markets, as a company with only one class of stock may have dozens of bond issues, each with different maturities, issue sizes, and covenant protections.

For bond traders, regulatory changes and technological advances have amplified the variations, as for every issue that can transact electronically, via a central limit order book, or even in a dark pool, there may be several others that can’t. And rather than clearly delineated black and white areas, much of the market can be considered gray in terms of its suitability for different trading mechanisms.

The gradation in the bond market presents opportunities for the trade handlers, market operators, and technology firms whose raison d’être is to enhance trading efficiency. For market participants, the end result is more choice, most often via a patchwork of intermediaries.

“No one vendor has a complete cross-asset value proposition,” said James Wangsness, president of fixed-income marketplace TMC Bonds. The market evolution “has led to a slew of new market entrants, all promising a ‘better widget’ focused on a small slice of the overall fixed-income pie.” 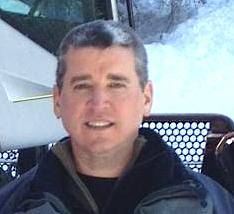 Regulators have focused on transparency in bond markets for more than a decade now, to the consternation of the old guard of voice brokers who kept information close to the vest and generally resisted the move to the screen.

Add it all up, and investment firms’ once-straightforward task of finding the other side for a trade isn’t what it used to be.

“The intent to have open and fair marketplace is a completely valid exercise to benefit investors,” Wangsness told Markets Media. “But given the inherent complexity of fixed income, the implementation of different types of regulations has impacted how markets have been structured, which has led to a fragmented approach. Regulators need to review how their rules and standards may have helped promote this disparity of market protocols,” and which unintended consequences have sprung up as a result, he said.

In the early days of electronic trading, platforms’ value proposition was mostly around smaller, ‘odd-lot’ transactions that served as supplemental liquidity to large blocks traded via voice. Now, some platforms — for some fixed-income securities and in some markets — can provide one-stop liquidity shopping.

Another moving piece in the bond market is the dynamic between retail and institutional.  “Retail platforms are looking to expand into the institutional space and some of the institutional platforms want to capture larger traditionally retail trades,” Agee said. “The market seems to be heading toward a convergence, with the sectors heading for a meeting point somewhere in the middle.”

Some market operators say the U.S. credit market can be seen as consisting of layers of different types of liquidity, several of which stacked upon each other may be needed to build a full mosaic. Perhaps a few dozen corporate issues are liquid enough to trade in dark-pool matching engines; other layers may consist of exchange-type trading akin to a central limit order book, request-for-quote mechanisms and algorithms.