NI 23-103, which went into effect on March 1, imposes requirements on marketplaces for availability of order and trade information, marketplace controls relating to electronic trading, marketplace thresholds and erroneous trades.

“The risk controls, which are principles-based rather than prescriptive, are aimed at ensuring basic checks are performed before orders are routed to the various markets, and that any firm going directly to the market—the naked access HFTs—are passing through an independent risk check before hitting a marketplace matching engine,” said Doug Clark, managing director at ITG Canada, a supplier of electronic trading services.

Pre-trade risk checks must be done before orders are sent, and therefore should not impact trading speed. 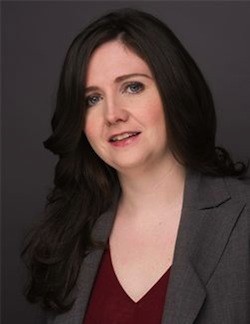 “Pre-trade risk checks should be the responsibility of the broker in combination with the client placing the trade,” said Alison Crosthwait, head of Crosthwait & Associates, a Toronto-based consulting firm. “This becomes complicated in a Direct Market Access arrangement.”

For best results with respect to latency, order generation should include pre-trade risk checks.

“To check just before sending an order increases latency,” Crosthwait said. “That being said, regulatory requirements may force brokers to do checks closer to actual execution. There is also the issue that a pre-trade check done too early may be undone by a later loophole. Risk management, regulatory compliance, and speed are separate goals and an optimal balance between the three must be found.”

Canadian alternative trading venue Omega ATS has launched a pre-trade risk system for Canadian marketplace participants. The system combines the Orbixa Dill risk-monitoring software with the Omega ATS platform to provide a turnkey system that is compatible with most order management systems and automated trading engines.

Non-TSX market share continues to inch higher in Canada, increasing over 40% in the fourth quarter of 2012, despite the implementation of new dark-pool rules in Canada that reduced volume on Alpha IntraSpred significantly, according to an ITG report.

Trade sizes have increased on most venues, with an uptake in block volumes manifesting itself in larger trade sizes. As with overall volumes, the increase in trade size is most evident on Chi-X, which had a 7% increase from the third to fourth quarter of 2012, according to ITG.

“Coverall, trading costs continue to move lower, and have been for several years,” said Clark. “Volumes are down from the previous year which was a high water market, but we are seeing volumes and breadth of liquidity increase.”

In January, the Investment Industry Regulatory Organization of Canada (IIROC), the national self-regulatory organization which oversees all investment dealers and trading activity on debt and equity marketplaces in Canada, published its circuit breakers for the first quarter of 2013, which are set in co-ordination with those in U.S. markets.

In the U.S., trading halts occur based on trigger levels of 10%, 20% and 30% drops of the Dow Jones Industrial Average, calculated at the beginning of each quarter using the previous month’s average closing value. The NYSE thresholds for the first quarter of 2013 are 1,300 points, 2,650 points and 3,950 points, respectively.

Implementation of the 23-103 risk controls “should have been virtually seamless, with many of the dealers already having such checks in place,” Clark said. “The low latency arbitrage players have been impacted in that they have had to work with their dealers to find and implement very low latency filters that don’t impinge on the speed advantage they rely on.”

On February 7, the IIROC released a notice to participants and access persons trading on Canadian marketplaces of their requirement to notify IIROC by March 1, of who and how they will manage their pre-trade risk requirements under the new electronic trading rules.