The Chairman of the Israeli Securities Authority, Anat Guetta, has come out to promote easements on the issuing of cryptocurrencies. She has put forth a framework that will help companies that raise funds through ICOs and a new model. The model – for each issue, it will be decided whether it is a security, and if so, the companies will be required to the same standards as share issues, including a prospectus.

Guetta’s framework and model, referred to as “a sandbox,”  is designed to provide companies a controlled work environment with reduced regulation for a limited period—a hub of sorts, for supervised experimentation with customers. 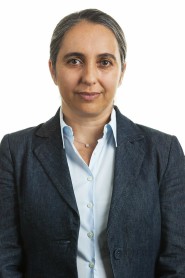 The ISA has also established a committee to examine the regulation of distributed cryptographic coins. After meetings with lawyers and consultants, they formulated three possible models for implementation. The first follows the American model and the laws to which share-issuing companies are subject. Each ICO will be examined and in accordance with the interpretation of the law, it will be determined if it should be treated as a security issue. When issuing a security, the issue will be subject to all of the same requirements as companies that issue shares on the stock exchange, including the submission of a detailed prospectus.

The second model, the Swiss, defines specific legislation for companies issuing digital currencies, whether the issued currency is defined as a security or not. As a rule, if the currency only allows the purchase of a service or product, it is not considered a security; if it confers rights (for example, voting rights), then it is. Crowdfunding, which is the third model, allows a company to raise capital from the public.

ISA’s Guetta supports the first model, which maintains the status quo but grants easements for a limited time. These eased restrictions might include the granting of a permit to market the issue on the Internet, which is currently forbidden common issues, or a submission of a shortened prospectus. Today, ICO-promoting companies publish a document called a white paper on their sites, which typically includes their business model, the purpose of their fundraising, milestones, product explanations, and how they will use the issued currency.

David Malits, co-founder of DM Communications and fintech expert, told Traders Magazine in a phone interview, “Israel, which was one of the leading countries in the world in over-regulation, changed direction when its new chairman, Anat Guetta, took office. It seems that this direction is more pragmatic, reminiscent of regulatory models used in Europe and the United States.”

Malits added that companies that deal with finance are given a set of rules which they must follow and are responsible for doing so; if they are found to violate the rules, the enforcement against them is rigid. 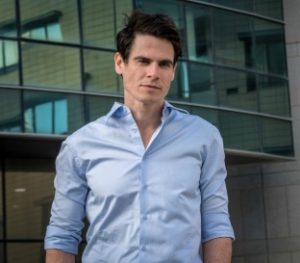 “This is the right way to allow the world of legislation and enforcement to accept new technologies that are progressing at a faster rate and allowing the market the flexibility it needs,” Malits said.

As stated, the chairman of the Israel Securities Authority wishes to combine the first model with “sandbox” as part of a broader move, which is the result of a government decision to examine the ease of financial companies and to take advantage of the law for a limited period. The ISA was supposed to publish its recommendations in January, but the resignation of Chairman Shmuel Hauser and Guetta’s entry into the position created a delay.

The Securities Authority stated: “The committee’s interim report will be published soon. The ISA is part of a team that is examining the establishment of a regulatory environment that makes it easier for companies that use new technology to supply financial products and services. It is possible that the establishment of this environment will also be relevant to companies engaged in the issue of distributed cryptographic currencies.”