Jazz It Up in Boston

On September 27, jazz lovers will gather together for the biggest block party in Boston—The Berklee BeanTown Jazz Festival.

On Columbus Avenue between Massachusetts Avenue and Burke Street, this free outdoor event will offer an eclectic lineup of music from contemporary jazz to Latin and funk to soul. This years’ theme, Jazz: The Global Ambassador, is expected to draw close to 80,000 people for an afternoon of performances on the three main stages, tours, and other activities stretching six blocks.

With more than 20 years of extensive touring experience, Grammy Award-winning producer, drummer, composer and artistic director for the festival, Terri Lyne Carrington, said in a recent press release, “We have seen how important music and the arts are to fostering a cultural exchange, so I am happy that our theme this year is Jazz: The Global Ambassador.” 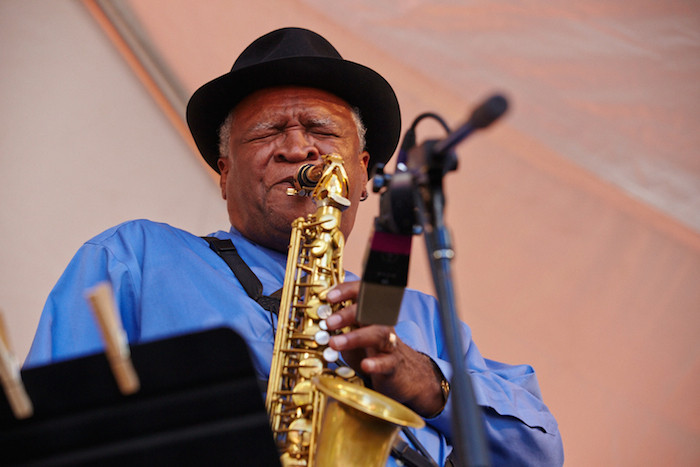 Berklee College of Music has been an instrumental supporter since the start, and since 2007, has taken the reins of the production process to make the festival a permanent cultural attraction every year. Faculty and alumni will play major roles in the performances, including the Yoron Israel/Bill Pierce Quintet, Marco Pignataro Jazzet featuring Eddie Gomez, and alumni Melissa Aldana and Crash Trio. Attendees will also expect major attractions such as Grammy-nominated singer/percussionist and former Prince collaborator, Sheila E., who will be backed by a Berklee student band, and Grammy-winning vocalist Dionne Farris.

Thanks to presenting sponsor Natixis Global Asset Management, Carter Playground on Columbus Avenue will be transformed into a haven for kids to get their face painted and participate in KidsJam, an interactive program designed for young children to introduce themselves to a variety of musical activities, and other entertaining functions. John Hailer, president and chief executive officer of Natixis Global Asset Management, said he is proud to be involved in a festival where music and culture can be a shared experience and to continue with the scholarship program by presenting $5,000 to a student musician.