Preventing software bugs, and containing them once they occur, is central to discussion.

The role of technology in markets is being scrutinized by regulators and market participants, with the intention of preventing runaway algorithms, as the recent Knight Capital trading fiasco demonstrated only too well.

With algorithmic and high-frequency trading in the crosshairs of regulators, the industry would do well to be proactive in promoting greater discipline in the way it develops and monitors trading software. 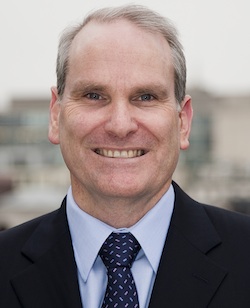 “Instead of waiting for regulatory action, the industry can come together to address this issue by establishing industry-wide best practice architectures and processes for monitoring risks between parties,” said Steve Woodyatt, chief executive of Object Trading, a provider of direct market access. “A final step is making sure all venues can function within the system.”

Along the man-machine divide, the risk of something falling through the cracks intensifies as automation is introduced.

“When computers do the trading on the stock market, removing the human element, mistakes are likely to happen,” said Brenda Wenning, president of Wenning Investments, an investment manager.

“We survived the ‘flash crash’ [of May 2010 when the Dow Jones Industrial Average index plunged 1,000 points, almost 9%, only to recover within minutes] without major harm, but what about the next technology-induced market crash?” Wenning said.

Firms in the capital markets have a fiduciary responsibility to take reasonable precautions to minimize the risk operational failures, and when events do happen, they should be held accountable to investors, shareholders and relevant regulatory authorities, some say.

Test Before Launch
Competitive pressures may cause firms to place software into production before it’s been properly vetted, increasing the risk of a failure.

“The testing phase is looking for regressions and validation before a production rollout,” said Louis Lovas, director of solutions at OneMarketData, financial analytics provider. “However, bugs always occur because that’s the nature of software. The more complex the environment increases the likelihood of corner cases that cause failures.”

It is unlikely that all technical glitches such as the one at Knight can be avoided entirely, but there needs to be backstops in place to contain them.

“Human beings write software and to err is human,” said Rik Turner, senior analyst, financial services technology at Ovum, a consultancy. “What such companies need to do is implement monitoring systems that enable them to nip such events in the bud.

“Rather than letting the rogue algorithm run amok for 45 minutes, Knight should have had a system in place to detect and flag the software’s aberrant behavior and minimize its effect,” Turner said.

Cyborg Trading’s Cloud Trader provides an environment in which the functionality, correctness and performance of algorithms can be tested before they are launched into production.

Mantara’s E-Brake is a hardware appliance on which resides the software to check how an algorithm is performing and to send a kill message to an Arista or Cisco switch in between the algorithmic server and the trading venue if it detects anomalous behavior.

“Effectively managing an automated trading strategy requires the ability to monitor it and the ability to kill it at a moment’s notice,” said Michael Chin, chief executive of Mantara, which offers low latency trading solutions. “This monitoring mechanism must sit outside the trading architecture, lest a cascading failure take it out as well.”

Canadian stock exchange operator TMX Group has launched TMX Pre-trade Risk Management Solution, with Mantara as the service provider, which intends to control risks associated with automated trading, in part in response to new regulations that go into effect next year.

The service will provide clients with connectivity and technology needed for high performance pre-trade risk-filtered access to all Canadian equity marketplaces.

The TMX hosted service, which will be deployed across the Toronto Stock Exchange, TSX Venture Exchange and TMX Select, is aimed at lowering the time and expense associated with implementing and supporting pre-trade risk management technology.

The service uses risk management technology supplied by Mantara, whose core brand, Expressway, is used by major banks and institutions to detect and eliminate faulty trades.

Canadian securities regulators have launched sweeping policies aimed at controlling risks associated with the speed and automation of electronic trading, and ensuring that firms actively monitor their risks.

NI 23-103, which is to go into effect on March 1, 2013, imposes requirements on marketplaces for availability of order and trade information, marketplace controls relating to electronic trading, marketplace thresholds and erroneous trades.