Capital markets firms are awash in Know Your Customer regulations contained in a plethora of regulations, according to Anna Mazzone, head of KYC managed services at Thomson Reuters.

“When you look at Dodd-Frank, MiIFID, EMIR, FATCA, and the money laundering and terrorist financing regulations (AML), each of these have some kind of KYC component to them,” Mazzone told Markets Media. “The challenge that the banks have is how to stay current with the documentation requirements, and how do they insure that they have a consistent, standardized approach to collecting the documents across their firms.”

The impetus for the service was the onrush of regulations globally with KYC requirements embedded within them. Mazzone, who started her career as a banker with Bank of America, and worked in start-ups such as Super Derivatives, Markit (where she helped launch BOAT, an equity trade reporting service), and was recruited by Thomson Reuters in 2012 to build a managed service for KYC.

“When I started talking to the banks about this, they said, ‘Thomson Reuters is in the best position to solve this problem,’” Mazzone said. “In trying to understand why they thought this, their view was doing KYC due diligence is not a competitive advantage. It’s a regulatory obligation which they all need to comply with and if the industry can use managed service to collect and validate the information ultimately our clients will benefit. It was about two years ago this month that I had the initial conversations with them.” 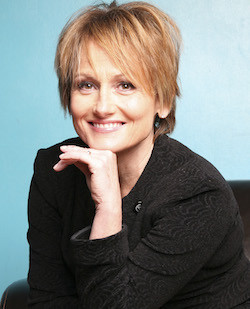 Besides AML, the regulation that is most worrisome for the financial institutions is the Foreign Account Tax Compliance Act (FATCA), and its overseas variants. “What the US authorities have done is given every other jurisdiction license to basically request the same information,” Mazzone said.

The OECD at its meeting in Australia in February announced an agreement where 30 countries have signed up to implement their own version of FATCA, called GATCA (Global Account Tax Compliance Act), which is to be put into effect in 2016.

Tradeweb Europe, an affiliate of Thomson Reuters and a provider of electronic fixed income and derivatives marketplaces, has selected Accelus Org ID to complement its existing Know Your Customer (KYC) due diligence.

“Tradeweb is an MTF,” said Mazzone. “Like any firm that’s doing business in the financial market, they need to comply and conduct due diligence on their customer base. Accelus Org ID enables them to keep that documentation updated on a more regular basis. That’s the biggest problem that financial institutions face today.”

“We have very strong customer due diligence processes in place and have expanded the resources available to our business by leveraging the service offered by Accelus Org ID,” said Simon Maisey, managing director, finance and business management at Tradeweb, in a release. “Accelus Org ID will support this effort by advising on client changes and performing required updates screening on our clients. This service will ensure that our KYC information remains current and accurate.”

“Financial Institutions have significant remediation projects where they spend millions of dollars annually to refresh the information associated with their client portfolios.” Mazzone said. “KYC Managed Services will displace this need for remediation because the data will be maintained and refreshed systematically. Ultimately, the end-client will be much happier as the process for sharing information will be streamlined and maintaining it will be more efficient.”