In institutional foreign exchange, the core mission of finding the other side of a trade has become more challenging in an increasingly fragmented and fast-moving electronic market.

The current-day view of FX screens can be likened to ‘liquidity mirage 2.0’, according to Bob Savage, chief executive officer of quantitative hedge fund CCTrack Solutions, which also provides solutions in the form of strategies and applications for clients.

“The depth of book that’s listed across venues is very dependent on one or two prices, and once one of those prices gets pulled, you get the liquidity mirage that was talked about ten years ago,” Savage said. “There’s just no depth to certain markets at certain times — it seems more violent and more random.” 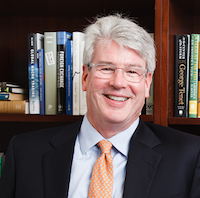 Savage will speak on a panel about FX market structure at the Oct. 6 FX Trading Network, which will be co-hosted by Markets Media and Aite Group. Among other topics, the panel will cover whether it should be anyone’s responsibility to provide liquidity consistently and continuously, and if not, how do market participants adjust.

Another pressing topic to be discussed at #FXTN15 is volatility, which has moved up from about 4% a couple years ago to the low-to-mid teens.

The spike in volatility over the past few months may be a sign of things to come. “I think it’s going to become the norm,” said Philip Simotas, portfolio manager at $400 million global macro manager ROW Asset Management. “I don’t know if people remember this, or even if they were around then, but what we’re seeing now is similar to the way the market traded in the late ’80s through the mid ’90s.”

Simotas, also slated to speak at FXTN, foresees elevated volatility lasting for years, not just weeks or months. “As monetary policies begin to diverge, anybody who thrives on market divergence will be set up well for the next couple years,” he said. “It’s going to be tougher for strategies that thrived during the period of convergence.”

Buy-side FX managers are finding the sell side less hospitable than it used to be. “It’s more expensive to do business” compared with a few years ago, Simotas noted.

“Banks are much less willing to extend credit or grant you an account to trade FX. They want bigger, they want more assets,” he continued. “If it doesn’t look like they can make money with a manager immediately, there’s little interest in talking to that manager. They’re on a much shorter leash in order to generate profit.”

With regard to specific trading protocols, Savage noted indications that the ‘electronification’ of the FX market is slowing from previously rapid growth rates. Screen-based trading comprises about 80% of market activity among G10 currencies and about 40% to 50% for emerging-market nations, he estimated.

“Getting to higher levels requires more than just pipes and people making prices,” said Savage, noting that further adoption would entail movement on credit disintermediation and legal disintermediation. “And who’s actually interested in making these markets and sustaining them? A lot of the emerging markets are very regionalized.” 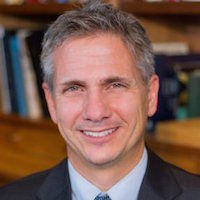 As a final topic that FX traders need to get their arms around, Savage noted the encroachment of high-frequency and algorithmic trading, and the regulatory oversight that can follow. In a historically opaque market that now spans 40 to 50 electronic communication networks, trading efficiently — and monitoring ex post facto — is no mean feat.

“How do you successfully get a view of whether your execution is stable, or at par, or improving, or getting worse?” Savage asked. “How do you judge counterparties? It gets complicated in a very electronic world with high-frequency trading. You need to know what a good reference rate is before you trade, but that reference rate is difficult to check.”