A Little Slice of Heaven

If you’ve never been to Greece, I have one word for you: GO!

You need much more than 12 days to explore the lovely islands we know are pure paradise. On this excursion, we chose Crete, the largest of the Greek Islands located at southern edge of the Aegean Sea. 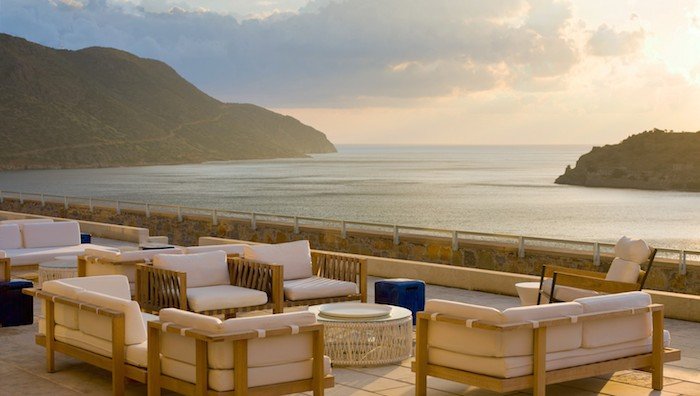 The Blue Palace located in Elounda was simply breathtaking. The panoramic views which are visible from any point throughout the property allow you to truly enjoy the beauty you see in front of you: the pristine aqua blue water, the mountains which envelope the property nestling you in the infinity pool, the pebble which has the calmest and warmest water and food that would make even Gordon Ramsey drool. There’s also the sun-kissed feel of not having one cloud in the sky, achieving the perfect bronze color, and enjoying the overflowing locally made wine at a fraction of the costs you’d find here in NY. 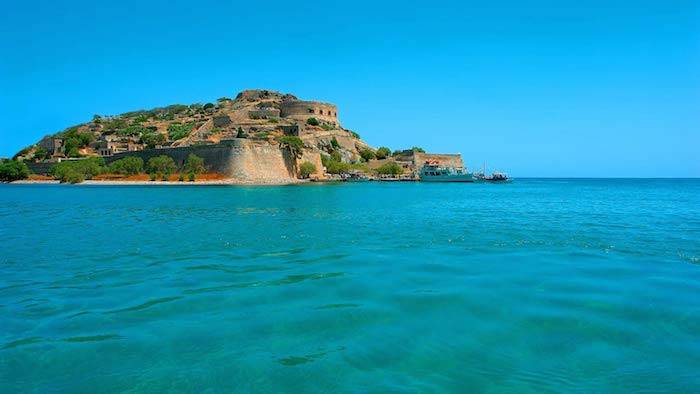 The property is massive and the rooms very spacious; some have private pools, others include villas. The island of Spinalonga is across the way and a mere five-minute ride to explore true history. Spinalonga, “Controlled by the Venetians in the 17th century, Spinalonga, which translates to “long thorn” fell to the Ottomans in 1715 before becoming one of the last leper colonies in Europe. Uninhabited since 1957, the small island just across the bay from Elounda is covered in enchanting ruins, emblematic churches, and colorful reconstructed storefronts.”

Another historical must see is the Palace of Knossos which is a 45-minute drive into the city of Heraklion. The feel you get walking thought the property takes you back in time to really understand how life must have been lived. “A trio of umber columns rises from a yellow stone platform. The apex of this archaeological landscape of ancient Minoan ruins, the magnificent Palace of Knossos was one of the most significant discoveries of the 19th century. One thousand interlocking rooms, which over four millennia ago served as artist’s workshops, wine processing centers, and places for worship and adoration, have been sublimely reconstructed. Blue dolphins adorn the walls of the Queen’s Megaron, while griffins pose regally against a crimson backdrop in the Throne Room.” 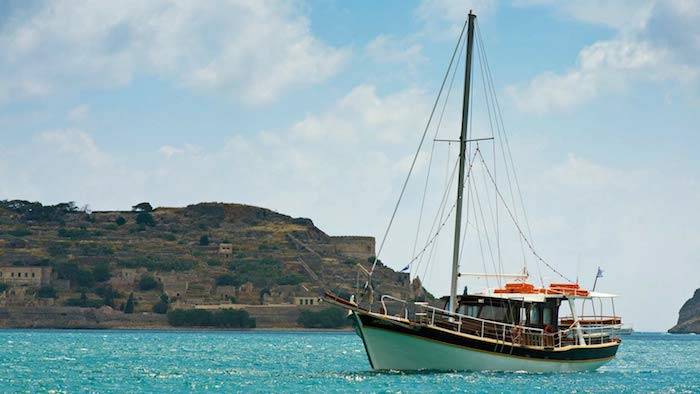 The wonderful thing about Crete is if you are adventurous, rent a car and simply drive. I was amazed to see how easily we were in a different town within minutes. Exploring each village, driving along the southern coast and stopping at quaint ‘tavernas’ which are situated all around the island made me better understand the culture and how Greeks truly are, hospitable. Sometimes to a fault even, they literally want to shove more and more food down your throat.

Towns to visit include, Elounda (Blue Palace), Plaka (smaller village near wihin Elounda, Agios Nikolaos (major shopping center with many beaches and taverans), Hiraklion (The Capital/business center), Ierapetra (along the southern coast while travlelling to a multitude of beaches along the way).This is just the east end, the larger towns of Chania and Rethymnon are a 4 hour drive to the west.
I repeat, do visit Crete at least once your lifetime. If not for anything else, the food! Fresh fish, lobster, mussels, clams, Feta El Forno (Feta in the oven) and Saganaki, just a few of my favorite things.

Lastly, a few expressions you must know: