Cyclicality and volatility have always been embedded in prices and interest rates, but in recent years that terminology has come to be associated with the robustness of exchanges themselves.

Beginning with the ‘flash crash’ of May 2010 when the Dow Jones Industrial Average index plunged 1,000 points, almost 9%, only to recover within minutes and more recently with the bungled IPOs of Facebook and Bats, exchanges, regulators and market participants have been analyzing the trade-offs between speed and reliability, and most agree that it’s a delicate balancing act.

“In the past, exchanges invested heavily in providing high-speed ‘transactionality’; now, stable and secure environments are essential to deliver a high-quality service to their users.”

On April 13, 2011, a glitch disrupted the ability of U.S. exchange operator Direct Edge’s EDGX to process incoming orders, modifications, and cancellations, leading several EDGX members to file claims for more than $668,000 in losses.

“There was a great shadow over Direct Edge as a result of the April 13 incident,” said Saro Jahani, Direct Edge’s chief information officer, who had been named CIO just one week after the incident.

The company went about rectifying the situation, delivering bulky progress reports to the Securities and Exchange Commission (SEC) on a weekly basis. 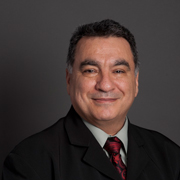 “Direct Edge went through a tremendous rejuvenation, involving 74 separate projects comprising 270 different tasks, all under the supervision of the SEC,” Jahani said.

A cornerstone of the remediation effort was a stability and latency roadmap, which Jahani had created immediately upon assuming his post.

The sequence of the wording is significant. “Stability comes before latency,” Jahani said. “If I deliver latency at 200 microseconds instead of 198, traders aren’t likely to notice but if my exchange goes down for one second then the whole world will notice.”

Regulatory changes in 2007, in the form of Regulation NMS in the U.S. and MiFID in Europe, led to the fragmentation of liquidity, which gave rise to high-frequency trading and caused exchanges to invest heavily in low latency trading engines and co-location.

The U.S. flash crash of May 2010 put the issue of speed versus reliability into bold relief.

“Exchanges used to be all about speed, matching engines and co-location, which are directly related to the rise of HFT,” said Richard Bentley, vice-president of capital markets at software company Progress Software. “It was a business model geared towards HFT.”

“Now it’s about controlling fairness and robustness of the market, which involves risk controls and surveillance.”

Circuit Breakers
On May 31, 2012, the SEC approved two rule proposals made by the national securities exchanges and the Financial Industry Regulatory Authority (Finra) designed to address events such as the extreme volatility that occurred in the flash crash.

Under the new rules, which exchanges have until February 4, 2013 to implement, exchanges will update existing market-wide circuit breakers with lower triggering thresholds and shorter trading halts.

They will also replace existing single-stock circuit breakers with a limit up/limit down mechanism that required trades in listed securities to be executed within a given range.

Having demonstrated that they can achieve near-zero latencies, exchanges are now emphasizing the need to avoid meltdowns.

“Speed is still important, but there’s a recognition that halving the latency of the matching process involves an order of magnitude more work,” said Bentley.

The technical glitches suffered during the Facebook IPO have been estimated to have cost market makers and broker-dealers $100 million or more in losses.

Broker-dealer Knight Capital Group and hedge fund Citadel, both of which are also market makers, revealed in the days following the IPO that they each could suffer losses of up to $35 million because of technical problems at Nasdaq related to the glitch. UBS also revealed that it may have lost upwards of $350 million, dwarfing previous total estimates, although there has been no official word from the bank.

Nasdaq OMX has proposed a solution to make amends to its broker-dealer clients, in the form of $40 million in cash and rebates.

Nasdaq said that $13.7 million in cash would be paid to its affected member firms and the balance would be credited to members to reduce trading costs, with all benefits expected to be awarded within six months.

Race to Zero
The Facebook IPO has triggered congressional inquiries and lawsuits, and SEC chairman Mary Schapiro said the agency would investigate issues associated with the offering.

“The Nadsaq fiasco is very much a topic for regulators, and not just from a technology viewpoint,” said Bentley. “There have been suggestions that certain individuals were given inside information, which falls within regulators’ purview of investigating fraudulent and abusive practices. From a technology standpoint, it does call into question Nasdaq’s quality of testing processes and robustness.”

Nasdaq had trouble matching up buy and sell orders to form the opening trade in Facebook shares, which led to a 20-minute period in which new orders, changes to existing orders and cancellations of orders in the stock were left hanging.

Competitive pressures have lead exchanges to move from a very time consuming and structured product deployment life cycle to one that centers around more rapid application development, which inevitably means some issues will slip through the cracks.

“Today, you do see a higher prevalence of exchange outages further exacerbated by that fact that older platforms that have been optimized are sometimes also stretched to their limits and knowledge is lost over time due to personnel changes,” said Hirander Misra, chairman of Forum Trading Solutions, which offers security matching and surveillance services.

“It is almost like pressing your foot down on the accelerator to the floor of a small-engined car continuously on the highway, which will mean sooner or later the engine will blow as it is pushed to its limits.”

Nonetheless, given the increasing number of products being traded and higher data volumes on the back of algorithmic trading, exchanges are coping well on the whole.

“It’s a shame as in the case of the recent IPO debacles, when a slip-up does occur, it is very high profile and noticeable,” said Misra. “Technology is not infallible and outages do occur, and exchanges, given that their livelihood depends on a near 100% uptime, certainly learn from their experiences and it is rare for the same mistake to be repeated twice.”