Depressed trading volumes continue to eat away at the bottom line of many multilateral trading facilities in Europe, as some market participants believe that an era of consolidation in the space may well be on its way.

Alternative trading venues sprung up across Europe from 2007 following the original MiFID document—a key piece of securities reform from the European Union which paved the way for more exchange competition—by offering low costs and competitive prices, and this saw the incumbent national bourses have their previously monopolistic market share eroded significantly.

Bats Chi-X Europe, itself the product of a merger last November between Bats Global Markets and Chi-X Europe, is now by far the leading MTF player in Europe, accounting for around 25% market share of all European equity volumes, while others, such as Turquoise, Equiduct and Burgundy, have managed to establish themselves in the top dozen or so exchanges in Europe, in terms of volumes on their lit order books. It is estimated that there are over 300 registered MTFs in Europe.

“[These MTFs] were all built in a market environment that had cyclically more volume,” Kee-Meng Tan, managing director and head of agency broker Knight Capital’s trading group in Europe, told Markets Media.

Despite the weak trading environment also eating into the volumes of the incumbent exchanges, the MTF business model is likely to suffer more in times of low trading as volumes are generally an MTF’s primary source of income. National exchanges benefit from providing other lucrative services, such as market data and listings. 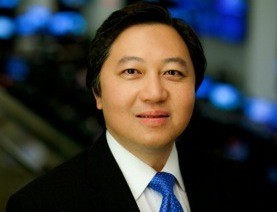 “Volume is pretty horrendous at the moment and is unable to sustain the number of trading platforms,” said Tan.

“If trading platforms start to disappear, then primary exchanges will no doubt regain some of their monopolistic pricing power on trading tariffs.

“They are already exhibiting such powers in areas where they retain their monopoly: auctions, small caps, indices and derivatives.”

Earlier this month, Oslo Børs, the Norwegian stock exchange, bought Burgundy MTF, its Swedish rival. Burgundy, like several other MTFs in Europe, has struggled to make a profit recently. While in February, another MTF, called Pave, launched with much fanfare in Spain only to put its launch on ice, citing “the very challenging market and harsh financial environment in Europe”.

Bats Chi-X Europe and Turquoise, the two most established MTFs in Europe, are looking at other ways to raise revenues and are both now charging for their market data, but at substantially less rates than the national exchanges.

However, this harsh trading environment for MTFs is failing to prevent new entrants in trying their luck in establishing themselves.

For example, Alasdair Haynes, the former chief executive of Chi-X Europe, is set to launch a new trading venue called Aquis Exchange, which will debut across Europe from early next year.

“To succeed in this business you have to be pan-European and niche players are at a massive disadvantage especially when their USP is geographic,” Haynes told Markets Media. “There isn’t the volumes in the market right now to make a Pave or a Burgundy work. Aquis a very different proposition, it is going to be pan-European and bring in innovative pricing models and order types.”