As the implementation date for the European Union’s Alternative Investment Fund Managers Directive (AIFMD) hurtles towards the region’s fund industry, one of its financial hubs has gone for first-mover advantage to help develop its position as a hedge fund center of excellence.

New York and London may well be the hedge fund capitals of the world, but Luxembourg, which is the largest fund domicile in Europe, aims to steal a march on its European rivals, such as Ireland and up-and-coming Malta, with the recent AIFMD announcement. 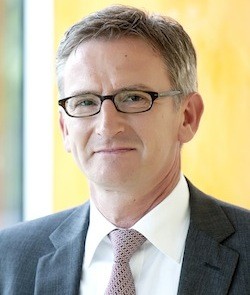 Each of the EU’s 27 member states has until July 22, 2013, to transpose the AIFMD into national law, but Luxembourg, after consulting with various working groups and industry bodies, has become the first to do so, drafting a law and filing it with the Luxembourg parliament on August 24.

Luxembourg has long established itself as the leading European domicile for cross-border distributed collective investment schemes, or Ucits, and has created an aura of quality for itself in this space, which it hopes to replicate in the hedge fund arena.

“The AIFMD presents a welcome opportunity for Europe to create a brand in the alternative investment market, similar to the global brand it has created with UCITS,” said Camille Thommes, director-general of the Association of the Luxembourg Fund Industry (ALFI), a representative body of the Luxembourg investment fund community.

“Through AIFMD, the European Union is creating the first regulated environment for alternative investment funds worldwide. ALFI believes that the Luxembourg government’s ambition to be a first-mover in transposing the directive puts the Luxembourg financial centre, which is already well-established in the ‘alternative’ sphere, in a strong competitive position to develop the hedge, real estate and private equity activities even further.”

The AIFMD is the first attempt by Brussels to oversee hedge funds and private equity by harmonizing regulatory standards across the EU. When it was first mooted back in 2009, the directive was heavily criticized for its potential to stifle Europe’s fund management industry. But, after endless arguments and negotiations, there is now little more than a year to implementation date and industry opinion has now turned to muted acceptance and a desire to work with authorities to make the best out of the situation.

Alternative funds in Luxembourg, unlike many other European nations, have been subject to specific regulation aimed at protecting investors and offering flexible structuring opportunities to asset managers for many years, according to Thommes. Therefore, the Luxembourg regulator is already familiar with the specific requirements of this industry sector.

Thommes added: “The AIFMD involves the introduction of a European passport for alternative investment fund managers who wish to access the entire European market, and, given Luxembourg’s position as the European leader in the cross-border space, it is expected that implementation of the AIFMD will further enhance Luxembourg as a leading domicile for fund and management companies in the alternative sector.”

A recent note from financial consultant Deloitte said that the move by Luxembourg to gain first-mover advantage with AIFMD may attract more business to the tiny central European nation.

“This would strengthen Luxembourg’s position as a fund centre, as achieved under Ucits, hoping to be the place of choice for alternative fund managers,” said Deloitte. “This is further bolstered by the flexibility offered through this law, to make Luxembourg’s interpretation of the law a highly favorable one for the fund industry.”

However, the European Commission has still yet to receive the more-detailed Level 2 text from the European Securities and Markets Authority (Esma), the pan-European regulator, on the AIFMD and, until this happens, the Commission cannot release a final version of the rules.

The Level 2 measures, providing guidance on how the AIFMD should be implemented, have not yet been finalized by Esma and released by the European Commission to the European parliament. The current expected date for this is late September or early October but as these measures will be in the form of a regulation, they will have a direct effect on the national law of each of the member states and they will not require transposition.

“A haze of uncertainty continues to hang over the directive’s impact, not helped by the deferral of the Level 2 measures guidance,” said Jon Wilson, director of project consulting at IMS Group, a consultancy.