It may be time to align the US equities market structure with the rest of the stock exchanges from around the globe. 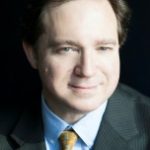 Similar to the adoption of the Metric System, the US is in the tiny minority of nations that do not use a basis-point model for its equities market, said David Weisberger, CEO of CoinRoutes, during an interview by Nasdaq TradeTalks, earlier this week.

The only other two nations that similarly have not adopted the model are Canada and Australia.

Weisberger noted that he attempted to introduce the model a year after Regulation NMS went into effect while he was at the Lava Flow alternative trading system, but if failed as market participants claimed the model was too complicated and did not want to adjust their thinking.

The market has evolved under the regulation’s’ “one size fits all” rules where the “payment for order flow” model has improved the market incrementally.

However, the 30 mil cap or the 30 cents per 100 shares that Regulation NMS has led to a cacophony over whether the rebates are evil kickbacks or a necessary incentive for market makers.

“The facts are agents in the marketplace that do not pass on their fees or rebates do have a conflict of interest, and that is true,” said Weisberger. “That is why the buy side and other people want this access fee pilot to go on. The other fact is the liquidity providers who are committing their capital to improve markets and make it up while doing it are really important to the market, and they have no conflict of interest regarding rebates.”

The demonization of rebates has had adverse effects on the equities market, such as an overly broad market access pilot to address conflicts of interest.

There are other manners in which markets can provide market makers incentives to make markets, such as providing artificially broader tick sizes similar to the futures market, he added.