The U.S. Securities and Exchange Commission’s market access rule has been widely cited in discussions of the Knight Capital trading glitch of August 1, when the market maker sent erroneous orders to the New York Stock Exchange.

The market access rule requires broker-dealers to implement risk controls that would block erroneous orders from reaching exchanges and other market centers. 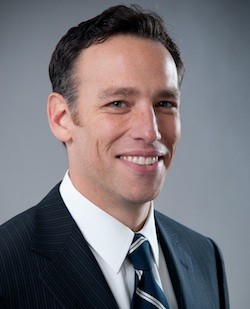 “Just like any well-engineered system, every link in the chain for ‘the system’ needs to support the intended goal and check for anomalies at every step,” said Scott Ignall, chief technology officer at Lightspeed Financial, a provider of direct access brokerage.

Thus the focus has shifted from risks at the firm-wide level to include the entire universe of trading firms, exchanges and technology and service providers.

“The system in this case is the trading firms, technology providers, broker-dealers and exchanges,” Ignall said. “They all need to provide the necessary pre-trade checks to prevent these errors.”

The Federal Reserve Bank of Chicago issued a report last month on keeping markets safe in the era of high-speed trading, and said these could have helped mitigate the losses experienced as a result of the Knight situation, when the U.S. market maker was left close to bankruptcy in early August following a glitch that caused erratic trading activity and left the firm with billions of dollars of unwanted securities.

However, there are concerns about whether a kill switch can be implemented, and whether it would work effectively if it were.

“Systems should have thresholds for reasonableness of orders, but what is reasonable?” said Marino. “With desire to push orders through fast how many tests are acceptable, how often do you ask if the size is what you intended to buy with the desire to get a large order in fast? Is the desire to reduce time to post a trade sacrificing accuracy?”

The regulators “have done a good job of tackling individual components but we don’t believe the entire ‘system’ has been viewed holistically when analyzing the risk of these systems”, said Ignall at Lightspeed Financial.

“This part of the rule actually introduces more risk since we now have more systems that need to communicate and any incongruence in logic could cause the exact type of error we are trying to avoid,” said Ignall.

Another example is the multiple regulatory bodies not co-ordinating risk rules and efforts when almost every trading system out there has a mix of asset classes, supported by different regulatory bodies, exposed to a single trader on a single screen.

“Lastly, all products, including exotic instruments such as CDOs [collateralized debt obligations] and CDSs [credit default swaps] need to be regulated the same way,” said Ignall. “There has been far too much focus on the equities markets which is relatively small and centralized from a risk perspective, compared to the others.”