MarketAxess To Extend Live Markets To Europe in 2020

Richard Schiffman, head of Open Trading at MarketAxess, said the firm expects to extend its new Live Markets protocol to Eurobonds in the first quarter of next year to help fixed income trading become more automated.

The electronic fixed income trading venue launched Open Trading in 2013 to allow sellside and buy-side participants to both supply and take liquidity. 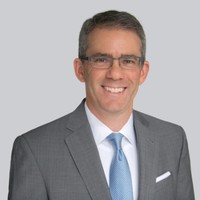 Schiffman told Market Media: “Request for quote is the flagship protocol for Open Trading and is suitable for trading the vast majority of bonds. There is a narrow segment of bonds where all market participants can benefit from continuous liquidity, similar to an equity order book.”

This month MarketAxess announced the launch of Live Markets, a new protocol for Open Trading, which is due to launch in the second half of this year for US investment grade corporate bonds.

Live Markets will create a single view of two-way, actionable prices for the most active bonds. Schiffman said: “Clients will benefit from Live Markets by receiving improved pricing as well as a highly efficient trading protocol.”

In addition, executing in Live Markets gives evidence of best execution as the platform provides details of the quotes in the market at that point in time.

Schiffman said three categories of bonds will eligible for Live Markets – the first two weeks of trading for new issues, large active benchmark bonds with the highest liquidity score and bonds of issuers that are in the news.

“Active market makers will be able to stream prices but individual traders can also manually make prices inside the bid-offer spread,” he added. “We expect market makers will include alternative liquidity providers such as ETF market makers, hedge funds and other firms utilizing credit arbitrage strategies.”

Live Markets will address approximately 25% of total investment grade TRACE volumes based on observed trading in the more active issues according to Schiffman. TRACE is the US fixed income trade reporting system.

We are developing a live #orderbook – Live Markets. A natural progression of our anonymous Open Trading marketplace, Live Markets will create a single view of two-way, actionable prices for the most active #bonds. https://t.co/ePmgfWUv2n pic.twitter.com/IBqwvTbh5Q

Schiffman continued that Live Markets is also appropriate for larger block trades as participants will have the ability to iceberg an order. This means they can show a small part of their total order while maintaining priority in the book for the hidden portion.

He expects Live Markets to attract algo trading firms. “An RFQ can take between five and ten minutes, while trading on Live Markets will be measured in seconds,” Schiffman added.

Rick McVey, chairman and chief executive of MarketAxess, said in a webinar with consultancy Greenwich Associates this month that there is enough automation on both the buy and sell side to launch Live Markets.

“It is an important step for the market to achieve greater automation,” he added.

Don’t miss the @GreenwichAssoc ‘Behind the Market Structure’ webinar with Rick McVey and @kmcpartland TOMORROW at 10am EST. Register now: https://t.co/X2bHaOVIqF pic.twitter.com/dD9aYaOR4B

McVey explained that market makers have developed algos to automatically respond to RFQs for corporate bond trades that are sub-$1m. As a result clients get more dealer responses and the increased competition decreases costs.

“The buy side is at an earlier stage of automation and that is where MarketAxess has been investing heavily,” he added. “Three or four years ago the mantra was low-touch credit trading, now it is no-touch.”

Schiffman agreed there has been a growing interest in auto execution.

“Liquidity takers can currently auto execute and we also intend to allow price makers to automatically respond for trades up to a specified size,” Schiffman added.

Automated trades can then flow into straight-through processing without the needing any manual intervention.

MarketAxess has developed Composite+ to provide indicative prices for bonds. McVey explained that CP+ connects data from TRACE, RFQs, the reporting subsidiary Trax in London, and electronic trading in one data pool.

“We use artificial intelligence and machine learning to indicate real-time prices for 25,000 credit securities around the world,” McVey added.

Schiffman continued that CP+ is fundamental to framing Live Markets by providing a strong indication of spread for a bond and to act as a guardrail to ensure users make appropriate bids and offers.

MarketAxess has expanded its data business by announcing an agreement with Refinitiv last month. Refinitiv will redistribute MarketAxess’ fixed income market data to Refinitiv’s customers via its Elektron Data Platform. The data made available includes CP+ and Axess All, an intra-day trade tape for European fixed income.

McVey continued that there has been a massive transformation in corporate bond trading in the last three to four years as electronic trading has increased.

“Automation is converging towards equity markets and fixed income market structure will look very different in five years,” he said.

Last month MarketAxess announced a partnership with Virtu Financial, the electronic market maker, to provide institutions with enhanced trading tools and access to global exchange-traded funds. The initiative is expected to launch in the third quarter of this year and  includes the distribution of Virtu’s streaming eNAV ETF fair value offering.

McVey said: “The deal with Virtu is a perfect combination. We can bring the ability to trade ETFs to our 2,000 clients who are actively using them for short-term risk transfer.”