The European Securities and Markets Authority’s decision to choose an instrument by instrument approach for defining bond liquidity has stirred debate and will have important implications for new regulations in 2017.

The definition of liquidity in the fixed income market is crucial under the proposed MiFID II regulations, covering financial markets in Europe, as certain pre-and post-trade requirements will only affect liquid instruments.

Michael Schmidt, chairman of Algomi, told Markets Media that if bond liquidity has to be defined, then the instrument by instrument approach (IBIA) approach was his preferred option. Algomi was launched in 2012 to build a social network for the corporate bond market and bring together buyers and sellers for large trades.

Schmidt said: “The bond by bond approach is the right one so that investors know which bond they can buy and can sell again.”

He explained that, for example, different bonds from the same issuer had different liquidity and also that bonds of the same size did not trade in the same way.

Esma had proposed two possible measures for measuring bond liquidity under MiFID II. IBIA measures bond liquidity on a case-by-case basis, and continually measures bonds as they trade in the markets. The alternative class of financial instruments approach plus (COFIA+) classifies bonds into groups, such as sovereign or corporate, and measures liquidity by the size of issuance.

In the regulatory technical standards released this week Esma adopted IBIA so that pre-trade transparency requirements will require details for trades in these individual bonds to be published to the wider market. The individual bonds that will be affected has not yet been defined by Esma as the regulator continues to analyse data.

The Investment Association, which represents UK investment managers, had analysed bond trading data from electronic platforms and told Esma during the consultation process that IBIA was flawed as liquidity in a single bond is episodic and disappears after a few weeks after issuance.

The association had wanted liquid bonds to be defined as an issue of more than €2bn for corporates and €5bn for sovereigns with the rest of the market covered as necessary by large-in-scale waivers or waivers that are specific to an instrument.

A group of asset managers, including BlackRock, Fidelity and Vanguard had also written to Esma saying IBIA would best reflect the idiosyncrasies of bond market liquidity but COFIA has the principal merit of being operationally simple.

Following the release of the MiFID II regulatory technical standards this week the association said in a statement: “The Investment Association previously supported the COFIA as a stand-alone calibration. Whilst recognising that neither approach was perfect, we continue to believe that COFIA is more appropriate as the determination of a bond’s liquidity needs to be simple, stable and predictable.”

Esma has also excluded transactions under €100,000 from the calibration of the transparency exceptions.

“We do not see an objective reason for this, as significant institutional trading takes place under this level,” added the Investment Association. “To have these transactions excluded will heavily skew the application of the transparency exemptions.”

MarketAxess, which provides electronic fixed income trading platforms, and its subsidiary Trax, which offers post-trade services, supplied market data to Esma while the regulator was developing the proposals. 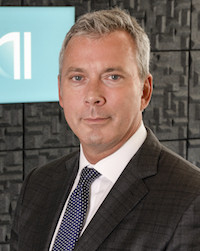 MarketAxess and Trax said in an email to Markets Media that it is difficult to fully determine the likely impact of Esma’s proposed liquidity approach on the market without more details about how firms will be classified as systematic internalisers – as SIs will have specific pre-trade requirements.

“It’s interesting that the IBIA approach will be implemented during the period in the life of a bond when that bond is no longer actively traded. Trax analysis has shown that bonds are most active within the first days of issuance – within two-months of issuance, activity has materially diminished,” added Trax.

The International Monetary Fund praised electronic bond trading platforms in its new Global Financial Stability Report this week. “A positive development has been the emergence of electronic trading platforms, which has probably made it easier and cheaper for buyers, and sellers of financial instruments to find each other,” added the IMF. “Likewise, more trade transparency in bond markets has improved liquidity.”

Seth Merrin, founder and chief executive of Liquidnet, said in a statement: “The fixed income market has been woefully underserved by technology and, as concerns about a liquidity crunch continue to rise, it needs a transformation.”

This week Liquidnet, which operates a private venue for the buyside to trade large equity blocks, launched a fixed income dark pool. Asset managers in the US, Canada and Europe can trade high-yield and investment grade corporate bonds, emerging market corporate bonds, and European convertible bonds directly with each other.

Liquidnet Fixed Income is designed for trading large blocks – which will be above the large-in-size waivers in MiFID II and so will not have to meet the same pre- and post-trade requirements for smaller trades in liquid bonds.

Per Loven, head of corporate strategy at Liquidnet, told Markets Media: “The big driver for launching our platform are inefficiencies in the bond trading market and the increased cost of capital which has meant that between 70% and 80% of bank inventories have disappeared.”

Loven said interest on the fixed income platform has been promising. “We went live with 120 members globally, will continue to grow, and we realise it is a long-term game. We know that volumes will not all happen on day one,” he added.

At some point Liquidnet aims to broaden the fixed income platform to source additional liquidity, so that the buyside can choose whether to trade with other buyside firms or also with banks.

The IMF also warned that in extreme conditions, a sharp drop in liquidity could threaten financial stability since several asset markets, for example, bond and repo markets, can freeze at the same time as happened in the global financial crisis. When interest rates rise liquidity in the corporate bond market will probably fall said the IMF due to structural changes such as a less diverse investor base, the proliferation of small bond issues and banks’ retrenchment from trading.

Gaston Gelos, chief of the global financial stability analysis division at the IMF, said in the report: “In recent years, factors such as investors’ higher risk appetite and low interest rates have been masking growing underlying fragilities in market liquidity.”

Gelos added that it is crucial to continue with reforms such as guaranteeing equal access to electronic trading platforms or encouraging standardisation of new issues.

“Financial supervisors and central banks should develop preemptive strategies to cope with financial instability caused by market illiquidity,” said Gelos. “In order to do this, they must recognize the importance of monitoring liquidity for a wide range of assets, on a regular basis, and using a broad range of measures that cover liquidity’s quantity, cost, and time dimensions.”