Markets in Financial Instruments, Directive (II) and Regulation are being viewed warily by many buy-side and sell-side market participants, for whom the sweeping European ruleset represents another cost and potential source of unintended consequences.

But there is upside for market operators, who can expect to see some additional order flow come their way over time.

“Part of the MiFID II/ MiFIR reforms are designed to push trading in sufficiently liquid and standardized derivatives contracts onto organized platforms, so I would foresee an increase in business as a result,” said Rhodri Preece, head of capital markets policy for Europe, the Middle East and Africa at CFA Institute in London.

For operators of exchanges and other marketplaces, business is typically gained at the expense of rivals; that’s desirable but not necessarily sustainable in a highly competitive landscape. A more lasting increase in business comes from ‘growing the pie’ of the customer base, which can happen via innovation or regulation. By tightening standards for pricing, trading and reporting of many financial instruments, MiFID II effectively inflates the exchange / trading platform balloon with air removed from the over the counter (OTC) balloon.

Of all sectors, “market operators probably stand to benefit the most from the MiFID II reforms,” Preece said. “The political emphasis on increasing transparency across all asset classes lends itself quite well to market operators, as essentially these are transparent organized trading venues.”

Beneath the broad tailwind that MiFID II/MiFIR represents for market operators, there are crosswinds of complexity and uncertainty. The regulation introduces a new category of trading venue, the organised trading facility (OTF), and when it goes into full effect in January 2017, existing market operators can expect heightened competition. And if the experience of swap execution facilities (SEFs) in the U.S. is any precedent, it will take time for the new business model to gain liquidity and acceptance in the market. 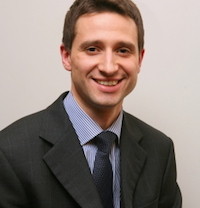 “We will see the introduction of new execution venues for a wider range of asset classes where rules around pre-trade transparency are applied by asset class, instrument and sector which means market data will potentially be accessed as disparate packages at potentially greater cost,” said Steven French, director of product strategy at Traiana.

“There are additional complexities around the classification of systematic internalisers, OTFs etc., and trading paradigms going forward,” French continued. “In addition, a formal framework with respect to how trading limits should be monitored and the mechanisms for central clearing through CCPs is introducing additional challenges.”

For their part, Europe’s market operators are focused on the details of MiFID II, as they have highlighted transparency for derivatives and non-discriminatory access to central clearers among key concerns outlined in comment letters to the European Securities and Markets Authority.

For example, IntercontinentalExchange said that Esma needs to properly distinguish between cash equities and derivatives, with regard to differences in their market characteristics and how they transmit risk. Deutsche Börse said it supports increasing transparency in the derivatives market, but the current proposals would fail to achieve this without more sophisticated pre- and post-trade transparency thresholds that can accommodate exchange-traded derivatives.

In framing the way forward for market operators, ICE Chief Executive Officer Jeffrey Sprecher tied MiFID II in with its European cousin European Market Infrastructure Regulation, as well as Dodd-Frank in the U.S.

“The biggest issue for us is making sure that the Western regulators move somewhat in concert with each other and not create regulatory arbitrage or barriers to business,” Sprecher said in a May earnings conference call. “It’s really, really important to us that we see regulation move together,” Sprecher said, noting that did seem to be happening more so than previously.