The firm was formed in Paris in 1997 as the equity brokerage business of Swiss private bank Bank Julius Baer. In 2013 Kepler acquired Cheuvreux from Crédit Agricole Corporate and Investment Bank and the company now has four business lines: equities, debt & derivatives, investment solutions and corporate finance. Headquartered in Paris, the group employs around 550 staff and is present in 10 counties in Europe, in the US in Boston and New York and will soon open an office in Brussels. 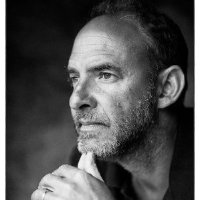 From January MiFID II will strengthen the requirement for firms to evidence the steps taken to achieve best execution.

“TCA and detailed analysis of best execution will grow in importance – those brokers who provide evidence of the quality of execution should stand to do more business,” added Freeman.

In the Extel Survey for Europe this year Kepler Cheuvreux moved from tenth to third for equity trading and execution, The broker said in a statement: “We are now first in electronic Trading, first in high-touch sales trading, third in in Delta One/ETFs and ninth in program/portfolio trading. We are one of the few agency only brokers in Europe that own our execution technology (in-house R&D).”

MiFID II will also bring significant changes to European market structure. From January there will also be volume caps on trading in dark pools although large-in-scale (LIS) block trades have a waiver from these caps.

Freeman added: “MiFID II will undoubtedly lead to more fragmentation initially but we do expect that volume traded in blocks and auctions will markedly increase.”

Trading in periodic auctions takes place in a lit book so the MiFID II dark volume caps do not apply. As a result, exchanges across Europe have already launched periodic auctions and LIS offerings, which have been setting volume records this year.

In addition, the new regulations prohibit broker crossing networks and instead requires all firms committing capital to trades to use systematic internalisers, which  could also initially boost lit volumes. Consultancy Tabb Group said in a report in August that 60% of buyside institutions expect to use SIs from the start of MiFID II, albeit tentatively.

“Of those who said they would not use the regime, most said they planned to make an assessment of SIs in the second half of 2018, once more data was available on execution quality,” added Tabb. “This limited usage initially, combined with restrictions on dark pools, implies activity will shift back to lit markets during early 2018.”

The biggest concern over SIs from the survey was the lack of clarity being provided by brokers on their SI plans, including how they propose to access other SIs and how their order flow would be routed within the regime.

“There was specific concern among many respondents as to how brokers would tag and segment client order flows, a process which determine which quote stream they would be offered from each SI,” added the report.

MiFID II also requires the separation of research payments from trading commissions, which have historically been bundled together. Jose Hernandez, global head of research at Kepler Cheuvreux, said in a statement this month: “MiFID II’s requirement for firms to unbundle their research fees from execution commissions is a challenging but positive step. Buyside firms will be more discerning in their choice of partners: the quality of services will be under more scrutiny.”

Laurent Quirin, chief executive of Kepler Cheuvreux, said in a statement: “The partnership with Piper Jaffray builds on our distribution agreement with CIMB, the Asian broker, and furthers our goal of becoming a global broker in Europe. Indeed, we are now able to offer our European clients coverage of over 2,200 stocks. We are eager to expand our client coverage in the U.S. and assist Piper Jaffray with their expansion in Europe.”

Quirin said in a statement: “We view the partnership with Belfius as another testimony to our strong client franchise in Europe, as well as to our unique partnership model which allows us to continue to invest and remain at the forefront of research and execution capacity.”