In a big-picture, long-term sense, Markets in Financial Instruments Directive II could be a boon to the buy side if it boosts market transparency and investor protection as promised.

But nearer-term and on a micro level, there will be pain associated with preparing for MiFID II’s scheduled January 2017 implementation.

“The impact of MiFID II on asset managers which will be much greater than appreciated as it affects so many aspects of the industry and contains so much detail,” said Richard Fraser, a partner in financial services practice of London law firm Dechert. “There is no transitional period so it will be tough to meet the implementation deadline.”

The European Commission approved the legislative text for MiFID II in June last year. The European Securities and Markets Authority has been consulting on the detail of the proposed rules which are slated to come into force in 18 months’ time.

It’s the voluminous details of MiFID II that makes the regulatory ruleset such a slog for buy-side market participants.

“A case in point is the introduction of reporting obligations for a wider scope of asset classes than was covered under MiFID I,” said Steven French, director of product strategy at Traiana. “Reporting under MiFID II covers orders, trades and transactions, which have to be published in near real-time (orders/trades) and on a T+1 basis (Transactions).” 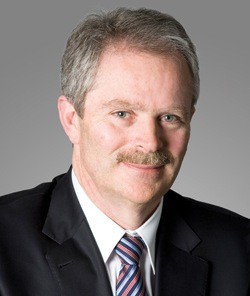 “The amount of information that must be transaction reported under MiFID II is more than three times that which has to be reported under MiFID I, and there are many challenges in compiling this data,” French continued. “A further challenge comes in understanding who is responsible for publishing orders and trades and reporting transactions and to where this information must be reported to.”

One specific MiFID II proposal that has attracted significant attention is the ban on fund managers using trade commissions to pay for research, both in equity and fixed income. Instead, Esma has said that asset managers must either pay for research out of their own revenues or set up a separate research payment account for each client.

In responses to the Esma consultation, asset managers have argued that this would lead to a decrease in the production of research, and the inability of smaller fund managers to access research and would make the EU less competitive globally.

In a global marketplace, MiFID II holds implications for buy-side investors outside of Europe who buy and sell securities on European venues. Even if an investment firm doesn’t transact in MiFID II-affected asset classes in Europe, they may be affected if the regulatory framework prompts sell-side broker-dealers to restructure.

“We are not affected directly by these changes, but what we have seen from previous changes like these is that they have caused our service providers to re-price their services, or in some cases they have significantly reduced activities in certain areas or exited certain businesses altogether,” said Jim Keohane, president and chief executive officer of the $60 billion Healthcare of Ontario Pension Plan. “These changes can create some challenges for us, but they also may open up new opportunities.”

The state of MiFID II readiness varies widely across the buy side. It can be reasonably assumed that BlackRock and other global firms that are torchbearers with regard to market structure and regulatory issues are on top of it. On the other side, it’s quite possible that MiFID II isn’t yet on the radar of some smaller investment firms, and due to bandwidth constraints these shops will end up tapping the sell side to do their heavy lifting.

When asked whether his investment staff was readying for MiFID, the chief investment officer of a medium-sized U.S. public pension plan said “we’re not right now. We probably should be.”

The U.K.’s Financial Conduct Authority issued a discussion paper on implementing MiFID II conduct of business and organisational requirements, for which responses were required by the end of last month.

BlackRock said in its comment letter that it supported a ban on rebating for discretionary investment managers, but an exception should be made for managers that invest rebates into fund of funds, to the benefit of the underlying investor. The investment giant also said it supported giving investors comprehensive and comparable information that allows them to understand the money spent in obtaining the risk adjusted performance that a fund achieves.

“We believe that meaningful comparability of costs will not be possible without the development of a standard format for disclosing costs,” added BlackRock. “The process of delivering meaningful transaction costs data to investors will also rely on the collection of large sets of standardised trading history which allow the development of reliable and consistent models. We recommend focus on those costs which are relatively stable and predictable, e.g. commissions and, to a lesser extent, spreads as opposed to other elements which can be highly volatile and thereby statistically less representative.”

The Managed Funds Association said in its response to the FCA discussion paper that it was concerned about removing an exemption for discretionary investment managers on the recording of telephone conversations and electronic communications.

The MFA said: “The original policy rationale for the exemptions was to avoid duplication as the relevant conversations and communications would be captured through the sell-side firm’s taping obligation. MFA believes such rationale is still sound and raised concerns that the costs associated with extending the MiFID II taping requirements to discretionary managers would far exceed any potential benefit which would be derived.”

BlackRock said in its response that that its policy is to to generally not take advantage of the existing exemption from telephone taping requirements. However it supported keeping the exemption.

“We believe that maintaining the exemption may help mitigate the considerable cost of the new requirements,” added BlackRock.