‘Mind the Gap’ in Broker Fees

Ballooning broker fees – why Banks need to MIND THE GAP
By Kerril Burke, CEO of Meritsoft

A phrase heard by so many only to be listened to by so few. “Mind the gap”, synonymous with the daily commuter grind, currently takes on a far greater significance for those travelling City traders working for of the major investment banks. 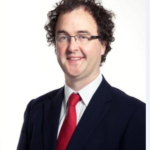 But similar to the trains on the underground recently, when it comes to identifying the cost gaps between the best and worst rates offered up by brokers, it is fair to say banks are really struggling. For too long now, business heads have lacked the tools and information needed to work out the best brokers to use. As a consequence, banks have been paying an astronomical sum in brokerage fees, which in some cases have exceeded the tens of million USD mark.

So, in these cost-conscious times, how and why have so many of the biggest financial institutions found themselves in this situation? The trouble stems from two key areas. Firstly, after years of seeing the cost of doing business with brokers as a necessary evil, banks have realised they need to have a better grasp of their cost base. Today, a head of desks profit and loss (P&L) is coming under intense scrutiny from the business to reduce gross revenues to net revenues where possible.

As a result, the days of ignoring all their costs (contra Revenue) are long gone. The numbers that banks can recuperate from broker fees are now in the ten if not hundreds of millions – which is a huge percentage of any desks P&L. The second issue is centred around cost transparency, which is fuelled by regulation. For any bank wanting to push their brokerage costs onto end clients, they have to know exactly what the costs are, or face the wrath of the regulators.

The problem is that many banks, due to the highly complex nature of trades they deal in, simply can’t get a handle what many of their costs are. Take calculating the brokerage on OTC derivative contracts. On an FX option for, for example, there is so much to consider. From the currency itself and the time-to-maturity of the asset, trade type (strategy/ structured trades), execution method (voice/electronic) not to mention the actual FX rate that the broker will use to bill the brokerage.

The trouble is that because the data needed to calculate convoluted transaction like this is not held at the trade execution level, banks have no way of passing the cost on. After all, fees vary significantly depending on how a trade is executed and settled. As a case in point, a bank may receive a bill from their broker that has a plethora of derivative trades on it. How on earth does the bank in question know which trade belongs to which client? It is nion impossible for a bank to say to a regulator “this £2,000 is for this interest rate swap settled at Eurex for this asset manager”. This is all due to a huge disconnect between the transaction carried out and the billing.

And here in lies route of the problem. The majority of front office trading systems do not carry all the data right the way through to the guys beavering away in the back-office. As a result, a lot of important information gets mislaid. And it is too late to start to try and solve this issue by ripping and replacing decade old back office systems that have cost huge amounts to build.

Instead, in order to accurately calculate how much banks should be paying their brokers, more and more firms are starting to explore ways to capture and normalise their data. This way, it is much easier for them to work out where it is paying more, and where is paying less. On top of this, they can also figure out if they have been executing at an extortionate rate at a certain venue. Ultimately, if banks are going to thrive in these bottom line conscious and compliance heavy times, identifying pivotal issues surrounding brokerage spend is one major way to close the gaps in their cost base.