MTS Depo Has 50 To 60-Strong Pipeline

MTS Depo has more than 50 to 60 entities waiting to join the electronic multilateral exchange system for European unsecured money market trading, which has launched despite the Covid-19 pandemic forcing staff to work from home. 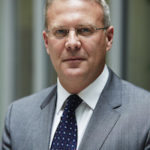 Fabrizio Testa, chief executive of MTS Markets, told Markets Media: “I have to praise everybody in MTS  who helped make this happen just two weeks after the lockdown began.”

He continued that MTS, part of the London Stock Exchange Group, has a large network of clients across products who use MTS Repo and wanted to use the same automation and efficiency for their unsecured money market activity. MTS Depo is available to all users of MTS Repo and can be accessed by dealers in Eurozone countries.

Participants can negotiate short-term borrowing and lending in euro, ranging from overnight to one year, using multiple protocols including a central limit order book or bilateral trading.

“The platform is connected to Target 2 so clients have full straight-through processing and can monitor their cash position and profit and loss in real-time,” he added.

TARGET2 is the payment system owned and operated by the Eurosystem and used by both central banks and commercial banks to process payments in euro in real time.

Trading has already begun with an overnight transaction executed between two Italian banks and is now available for dealers across Europe on the same platform as MTS Repo.

Testa said: “Dealers have moved to full automation over the last few years and there will be an acceleration in the rest of the market as SFTR approaches in July.”

The introduction of the European Union’s Securities Financing Transactions Regulation was delayed from last month due to the Covid-19 pandemic. The regulation has already led to trading becoming increasingly electronic as it introduces challenging reporting requirements. All securities financing transactions including repos, securities lending and margin lending trades, have to be reported to an authorised trade repository the day after a trade using a unique transaction identifier.

Testa added that MTS Depo has been used for trades in Italy and there is a pipeline of more than 50 to 60 entities waiting to onboard, with many expected to be connected by the end of the third quarter of this year.

The platform has been launched for unsecured money market trading in euro but could be extended to other currencies.

“MTS Depo technically supports multi-currency so could extend outside euros if there is sufficient client demand,” he said. “We’ve already seen this in MTS Repo where we have added both sterling and dollars for bonds, general collateral and tri-party baskets.”

Testa continued that the recent volatility has increased volumes for dealer-to-client business, all-to-all trading and US dollar trading on MTS BondsPro.

“Repo volumes are in line with last year which was our best year ever,” he added.

The International Capital Market Association said last month in its latest semi-annual survey that the repo market in Europe reached a record in 2019. Outstandings on 11 December last year were an all-time high of €8.3bn, an increase of 5.9% year-on-year .

You can now download the 38th survey of the European repo market on the @ICMAgroup website ⤵️https://t.co/CFvzve75PE pic.twitter.com/OLa5XatVuf

In addition a COVID-19 market report found that while demand for repo increased significantly during the height of the crisis in February and March, dealers’ capacity to intermediate that demand was relatively constrained, limiting access to many firms that needed it.

The European repo market and the COVID-19 crisis market report produced by the @ICMAgroup European Repo and Collateral Council (ERCC) is now available for download on our website. ⤵️https://t.co/81XuST1gHe pic.twitter.com/4mbv4YaEj7

Gareth Allen, chair of the European Repo and Collateral Council, said in a statement: “In the exceptionally stressed conditions experienced in February and March this year the repo market continued to perform relatively well, while showing some signs of strain in the face of greatly increased client demand. The pre COVID-19 survey results will provide the benchmark against which the next survey, in June, can be used to measure the persistent impact of the pandemic on the market.”