MTS, the London Stock Exchange’s fixed income business, is to give UK clients access to its US bond trading platform as it continues its strategy of expanding into corporate credit and new geographies.

In May this year MTS extended its reach in the US by completing its purchase of Bonds.com, an electronic trading platform for US corporate and emerging market bonds. After the deal MTS said it intended to build Bonds.com’s product offering and provide US fixed income traders access to European liquidity and vice versa.

Fabrizio Testa, chief executive of MTS, told Markets Media: “Bonds.com had a large network of broker-dealers and buy-side which we are looking to expand by giving UK clients access to the platform. We will expand access to other continental European countries once the necessary regulatory approvals have been received.”

Testa will be on the Fixed Income Trading panel at Markets Media’s Global Markets Summit in London on October 16. 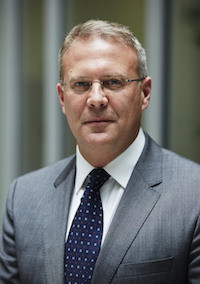 Testa said some of the MTS’ recent US experience may be useful for its European business.

“Bonds.com works very well for medium and smaller trades, for institutional or daily reshuffle of portfolios and for wealth management,” he added. “In Europe it would be interesting to see if it would work in the same way.”

Although Bonds.com suits smaller trades, institutional asset managers are most concerned about the difficulty in executing large blocks since regulations have forced banks to reduce their balance sheets and cut their bond portfolios.

For example, Christine Kenny, senior fixed income strategist, Loomis Sayles Investments said the electronic market will exist alongside with the traditional voice market in corporate bond trading and is unlikely to ever fully go away.

She told Markets Media this week: “I have personally not seen a trading platform which addresses the real concerns of larger sizes and highly illiquid paper. There are projects underway focusing on aggregating information flow which could be helpful in giving a consolidated picture of where liquidity might be found.”

Testa said: “For larger corporate and high-yield deals we are working on making pre-trade information available so that the buy-side and sellside can find each other to trade and we have a number of initiatives up and running with vendors.”

Another solution to increase liquidity is to make it easier for fund managers to use their bond portfolios.

“We are working with the industry to provide the buy-side with tools to make more of their inventory available to trade on electronic platforms for deals in smaller sizes” added Testa.

MTS said in a statement this week that the first liquidity provisioned trades by buy-side institutions via its enhanced API on Bonds.com took place last month.

In June this year the firm launched MTS Swaps in Europe, an electronic interest rate swaps platform for the buyside with eight founding banks providing liquidity.

MTS Swaps is classified as a multilateral trading facility and supervised by the Financial Conduct Authority, the UK regulator. The platform should be compatible with the European regulations that will encourage interest rate swaps to be traded on an authorised venue, rather than over-the-counter, once they are announced.

“In the US there have been a lot of SEF initiatives and we would expect to see some consolidation in the coming years. In Europe when the upcoming regulations are introduced we wouldn’t expect to see the same rush to launch SEFs,” Testa added.