One of the enduring lessons of the 2008-2009 global financial crisis is the speed with which vulnerabilities can spread from company to company, and from sector to sector.

The phenomenon of a failure in one sector — whether program trading in the case of the 1987 stock market crash, speculation in the Russian bond crisis and Long Term Capital Management in 1998, and complex and opaque OTC derivatives a decade later — producing a chain reaction has led both the public and private sectors to reassess risk management.

“We need to understand how we can prepare ourselves for a risk event that will happen very quickly and hit a broad range of financial markets and financial institutions,” said John Grace, chief risk officer at OCC, the world’s largest equity-derivatives clearing organization. “We have to broaden our thinking and prepare solutions. While no one can foresee every contingency, we can put together plans that cover a broad range of events and be prepared when some other crisis emerges, as it inevitably will.” 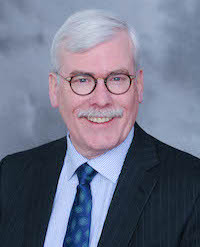 Grace experienced the financial crisis first hand at AIG, where he managed the company’s relationship with the Federal Reserve Bank of New York as the point person with regulators in the areas of global treasury and capital markets.

The week he joined AIG in March 2008 was the week Bear Stearns failed. “Throughout 2008 it was a very exciting time,” Grace said. “I worked closely with senior management throughout the crisis, both leading up to the Fed’s involvement with AIG and throughout the restructuring process, in which we paid off the government entirely with a significant profit.”

At OCC, Grace is responsible for driving and influencing OCC’s risk management strategies. This includes advising senior management and the Board of Directors on risk, overseeing the Model Validation and Enterprise Risk Management departments and working with regulators.

“Let’s be honest. Dodd-Frank is a challenge for everyone, it’s a challenge for any institution that’s been deem systemically important. That includes the banks such as Citi and Chase, non-banks such as AIG and market utilities such as OCC,” he said. “It’s raised the bar for us. I think that’s actually a good thing.”

“Tone at the top,” the mantra of corporate governance, is embedded into most regulations involving systemically important financial institutions and utilities. “At AIG, we embraced the more rigorous regulatory standards from the top,” said Grace. “The same is true here. What senior management and the executive management team here at OCC want to do is to demonstrate to our customers, to our competitors and the general public that we can meet these standards. We can try and surpass them. The fact that they want to undertake this challenge and move forward is one of the reasons I’m here. I like that attitude.”

In a Feb. 11 letter to the G20, Financial Stability Board Chair Mark Carney said that further work on the design of post-crisis reforms is needed on measures to help end too big to fail.

At the Brisbane G20 Summit, two crucial elements of the policy framework to end too-big-to-fail were agreed: a proposal for a common international standard on the total loss-absorbing capacity that globally systemic banks must have; and an industry agreement that will prevent cross-border derivative contracts from being terminated disruptively in the event of a globally systemic bank entering resolution.

“In 2015, we must bring this progress to finalization,” Carney said. “By the Antalya Summit, the FSB will finalize the international standard for total loss-absorbing capacity of global systemically important banks. FSB members will take measures to promote industry adoption of contractual provisions recognizing temporary stays on the close-out of financial contracts when a firm enters resolution.”

At the same time, progress must be made towards addressing the too big to fail problem in financial institutions other than banks, including insurers, finance companies, market intermediaries, investment funds and critical market infrastructure. “For example, while the use of CCPs for standardized OTC derivatives transactions is reducing systemic risks, we must ensure that CCPs themselves are not too big to fail,” said Carney.