Everyone has jumped on the cryptocurrency bandwagon over the past two years, but is it time for central banks to join the party?

The answer is a qualified “yes” delivered in the same tone as a spouse responding, “Okay, if you really want to do that,” according to the Bank of International Settlement.

In a 24-page chapter in the BIS Annual Economic Report, the authors spent two pages answering the question while spending the remaining pages raking cryptocurrencies over the coals.

There already some central banks experimenting with cryptocurrency- the Bank of Canada, the Bank of Japan, the European Central Bank, and the Monetary Authority of Singapore.

It would be more accurate to say that the central banks are exploring the use of token-based distributed ledgers to create real-time gross settlement systems in which the settlement tokens would be redeemable for central bank reserves held in segregated accounts. They are not trying to establish a bitcoin killer.

Leave Crypto to the Crypto Investors
As long as the digital currency is used to enhance the operational efficiency of existing arrangements, the authors of the BIS Annual Economic Report seem not to take issue with central banks adopting the new technology and workflow model as long as it does not interfere with intraday liquidity.

However, having a central bank try to create a bitcoin killer is far from a good idea because of cryptocurrencies’ scalability, lack of finality of payments, and stability of value. The first two arguments are the strongest while the third lacks less of a punch. 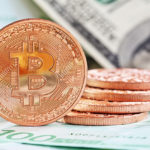 Scalability has always been Bitcoin’s Achille’s Heel. Whomever Satoshi Nakamoto is/was, he/she/they did not have a sense of the scale of transactions to which bitcoin’s blockchain would be subjected.

BIS experimented to see how large bitcoin’s blockchain would be if it had to deal with the transaction volumes of the euro, the yuan, and the dollar over a year. The results were sizable- approximately 50 TB, 80 TB, and 110 TB respectively.

With such large files that would always be in motion, the necessary network bandwidth and processing power required to update the blockchain would make it difficult for all but the largest mining pools to have access to the required computing infrastructure. There would be no way for individuals to run a blockchain node on a spare PC in their dens.

Mining consolidation has already has happened amongst the most liquid cryptocurrencies. Of bitcoin, bitcoin cash, ether, and litecoin, the top five mining pools represent between roughly 60- to 85% of mining interests in those cryptocurrencies.

A concentration of interests is the last thing that a distributed processing model wants. The model only works when a majority of participants agree to operate honestly.

The concentration also leads to a higher chance of market manipulation as well as forking the code and rolling back transaction due to technical issues. This has already has happened several times over bitcoin’s life.

Investors and potential investors can view cryptocurrency’s incredible price volatility, like with most commodity currencies, as a flaw or a feature. From a central bank’s mandate perspective, it is the former. For speculators, it is the latter.

The only relationship that central banks should have with cryptocurrencies is an indirect one, which is convenient given their decentralized nature.

Nevertheless, as long as crypto traders bring sovereign currencies into the cryptocurrency market and others attempt the vice versa with cryptocurrency derivatives, central banks are going to have to hammer out their cryptocurrency policies and harmonize them with their global counterparts.

It is not a relationship that they particularly wanted but one with which they are stuck.