Overconfidence and overreliance: the two mistakes of SFTR implementation 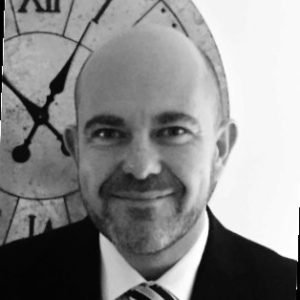 The investment banking sector has coped with relentless regulatory change over the last 10 years. However, despite these tighter regulations and updates, the industry has continued to flourish. Indeed, the regulatory demands have led to an increased focus on streamlined processes and innovative technology.

For transaction reporting in particular, both the Markets in Financial Instruments Directive (MiFID II) and EMIR (the European Market Infrastructure Regulation) – two significant regulations with respective challenges – have been integrated successfully by investment banks.

So how are investment banks preparing for the newest regulation on the horizon? The EU’s new Securities Financing Transactions Regulation (SFTR), which comes into force next April, is part of the drive by the European Securities and Markets Authority (ESMA) to promote greater transparency in the financial system – and it seems that many investment banks are feeling confident about their preparations and relying on many of the same systems already in place.

We recently asked Tier one, Tier two and Tier three investment banks about their preparedness for SFTR and found that almost all (99%) of senior compliance professionals felt confident they will meet the new requirements. However, perhaps more telling, when asked to identify the single biggest cost challenge their compliance department will be facing over the next year, SFTR finished only just behind Brexit (28%:29%).

Not surprisingly, the amount of money that banks expect to put towards complying with SFTR is substantial – an average of £40 million (£48 million for Tier One banks). As such, SFTR has come into sharp focus, but it seems that it is by no means clear that banks are ready to meet the new regulation. In fact, many are leaving themselves exposed to high levels of compliance risk.

Indeed, fewer than half (48%) have conducted a cost benefit analysis of the regulations or set up a planning committee (46%), centralised their SFT reporting (39%) or hired a trade repository (TR) (26%). This delay, coupled with additional compliance burdens that have soared over the last decade and growing Brexit constraints, could mean banks having to devote a lot of ‘last minute’ time, resources and spend in order to meet the deadline.

The research also revealed that 98% of investment banks will be relying on systems and process infrastructure used for past regulations such as EMIR to comply. This suggests that the industry’s confidence comes from banks’ experiences with previous transaction reporting requirements and existing infrastructures.

Many seem to believe that previous groundwork and investment made for EMIR, for example, will help them address the new requirements. And without a doubt, initiatives like new technologies and straight-through processing have assisted the investment banks in their attempts to comply. However, the challenge SFTR presents is of a different order of magnitude to previous transaction reporting regulations.

For a start, even though SFTR is an EU regulation and data is required from European branches, all European-based activity – including that of non-EU firms – falls within its scope. The data is also higher in both volume and complexity, and firms are facing a data deluge that their existing systems and processes (including those implemented to comply with EMIR) are ill-equipped to handle.

Moreover, banks must be able to identify and detect triggers (such as collateral updates or errors) that require them to create additional reports when trading an SFT. Effectively, reports must be re-run every time there’s a change in the SFT data. SFTR therefore means dealing with a deluge of data and is expected to be more complicated than EMIR and MiFID II combined.

Despite their optimism, banks recognise these challenges. Three-quarters of them agree that SFTR will be more challenging to manage than either EMIR or MiFID II, requiring a more sophisticated IT infrastructure. A similar number recognise it will be more costly. And close to half admit that their bank’s trading infrastructure is unable to cope with the generation of LEIs, as well as the UTI required for every trade on a daily basis.

The countdown to SFTR

With less than a year to go, banks need to start establishing their SFT activities, understand trigger events and report types now, and also decide how they will build or outsource their software solutions. This may sound onerous on the face of it, but there is actually significant potential upside here for the sector.

SFTR compliance offers opportunities for banks to drive front-to-back processing automation and, eventually, business scalability. Indeed, despite the deluge of regulation that has swept over the investment banking sector in the last decade, many firms are surprisingly positive in their attitudes to new rules. For example, more than three-quarters of firms (78%) recognise that investment in compliance for regulatory initiatives such as SFTR makes their market position stronger and more resistant to new entrants.

If done properly, SFTR implementation will help to streamline in-house processes, improve the use and risk management of collateral, and ultimately boost the transparency of funding. As such, by effectively implementing SFTR, firms not only have an opportunity to mitigate future risks, but could also realise the business benefits that this new regulation brings.