Is this the beginning of the end for some cryptocurrencies? 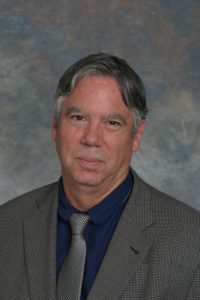 Will only the strongest or most popular of the nascent market – Bitcoin, Ethereum, Bitcoin Cash and Ripple – be the only to survive the current bear market? Lee McKnight, associate professor in the School of Information Studies at Syracuse University, thinks so. In a conversation with Traders Magazine, McKnight said the current cryptocurrency market downturn will take out lesser coins while 2019 will be a more clear year one for currency speculators.

“It is not just the Turkish Lira that has taken a bath of late; many crypto-coins are down almost 50 percent over the past days,” McKnight began. “Bitcoin remains the leader of the cyber-pack with a current market cap of just over $100 billion today; while many lesser coins have lost much more of their ‘value.’”

Still, 58 coins have a market cap of over $100 million. Are these relatively liquid coins worth investors – excuse me, speculators – taking a chance and piling in at this time, he asked rhetorically. “Should we buy cryptocoins at 50 percent off? It’s hard to say.”

He noted that while many lesser emerging market currencies have also been hammered by the downturn in the Turkish Lira, the downturn in cryptocurrency markets in 2018 will take out some of the lesser coins. These include many scams/bad ideas, and likely, some new, innovative coins struggling for their place in the market, who would, could or should have gone to market in 2016.

“I expect most of the 1833 listed crypto-coins will only live on immutably beyond 2018 on the ‘Way Back Machine of the Internet’ archive before long, as the reality of the brain-dead easy (for geeks, students, and scammers) creation of a new coin becomes better understood,” McKnight said. “But that is normal in a time when new technology and markets are emerging.

Looking ahead, he expressed confidence that by 2019, it will begin to be obvious to many of the currency speculators that they have been focusing their time, money, and speculation in the wrong direction. Real, sustainable blockchained market value can be, and is being created in part with the use of blockchain technologies for decentralized trusted data management.