Discretion is often referred to as the better part of valor. 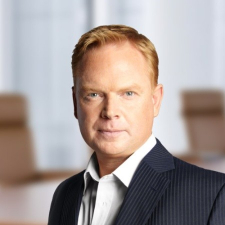 And when it comes to discretion, the Securities and Exchange Commission’s decision to further explore the creation of Bitcoin-backed exchange traded fund products is good for the market, according to cryptocurrency industry insider and founder of Rockwell Capital Brian Sewell. He made his comments to Traders Magazine after Tuesday’s SEC decision to postpone a ruling on whether to approve the SolidX bitcoin Shares ETF for trading on The Chicago Board Options Exchange.

“I believe the postponement suggests that the U.S. regulatory agency wants to issue a well-thought-out ruling on how to protect cryptocurrency investors while nurturing innovators,” Sewell said. “I agree with the CBOE that ‘investors are better served by products traded on a regulated securities market and protected by robust securities laws.’ And I would rather see the SEC make a methodical decision to approve a cryptocurrency ETF, with thoughtful guidelines than a rash decision to reject one.”

The investment world is focused on what experts consider the best chance of an SEC-approved cryptocurrency ETF which he said was the SolidX bitcoin Shares ETF.

“SEC approval would likely unleash a rise in institutional investment, quite possibly triggering a surge in the price of bitcoin and other cryptocurrencies, a notably volatile sector,” Sewell said.