Yesterday the UK Parliament voted to reject the deal negotiated between by Prime Minister Theresa May and the European Union on the terms for the UK to leave the trading bloc on March 29 by a large margin of 230 votes, the largest government defeat in more than a century. The British government has to present an alternative deal in three days.

Saker Nusseibeh, chief executive of Hermes Investment Management, said in a statement that the fund manager has been running a Brexit Mitigation Project based on the presumption of a “hard Brexit” since the referendum, and have planned accordingly. He added: “Therefore,  we are ready for the business conditions, whether the outcome be a new referendum, a delay of Article 50, a deal or no deal.”

Hermes said this week that it had ramped up preparations against a hard Brexit by setting up a subsidiary in Ireland.

Nusseibeh said: “We are watching closely to understand the secondary effects on stocks and currencies, inclusive of sterling, and the specific industries that are tied to frictionless trade. Most people would prefer to see an end to uncertainty.  However, the sad truth is that continued uncertainty has prevailed, and there appears to be no clear plan B.” 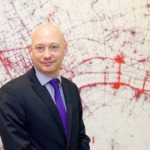 Rob Boardman, European chief executive of equities broker ITG, said in an email: “The treasury should start by accelerating plans to implement a framework that makes it as easy as possible for foreign firms to have a presence in the City. We need to see equivalence arrangements for financial services implemented with governments around the world.

Philip Hammond [Chancellor of the Exchequer] and his team need to seek out other legal mechanisms that are more business friendly – such as regulated branching. This is particularly important for firms with a large capital requirements. The EU is, after all, a net importer of services from the UK, including access to capital markets, trading, administration and legal services.”

Pieter Jansen, senior strategist multi asset at NN Investment Partners said in a statement that although result of the vote was not a surprise, it further increases uncertainty and the the Dutch asset manager anticipates significant market uncertainty and volatility over the coming days.

Today’s confidence vote looks survivable for UK government, but with risk of no-deal rising, further #Brexit struggles lie ahead. Read how we have prepared for all outcomes by hedging Brexit-related risks in our portfolios: https://t.co/djQoemCzOI pic.twitter.com/W1hZoTHZSI

“Brexit-sensitive assets will underperform” he added. “We particularly expect weakness in the sterling exchange rate, British domestic equity sectors and UK stocks overall, and we expect the Gilt yield to fall. It should be noted that investor positioning is not underweight, indicating that investors have not anticipated significant weakness in British stocks. Therefore, UK equities have room to weaken significantly on negative news.”

Jansen expects markets to stabilise either when a feasible solution appears or when it is clear that the current deadlock will lead to postponement of Brexit. NN IP has a cautious allocation to risky assets and largely hedged sterling exchange rate risks while holding moderate UK exposures.

Chris Cummings, chief executive of the Investment Association, said in a statement that it is disappointing that the Brexit uncertainty continues after such long negotiations.

The IA has issued its statement on the #BrexitVote – read here: https://t.co/GFEb3mxmxF. Chris Cummings, CEO of the IA said: “It is critical that every effort is made to avoid a no-deal exit from the EU, and the potential cliff-edge effects that this could bring." #brexitdebate

Cummings said: “While asset managers have been working on no-deal contingency plans for a long time and are prepared for this scenario, it still remains the least desirable option for our industry, and for the millions of people who entrust us with their pensions and savings. It is imperative that the regulatory co-operation agreements are finalised so that firms can plan with certainty and the savings of millions of people in Europe can continue to be invested wisely and managed across borders. Given the uncertainty that today’s result brings, firms will continue to keep their no-deal contingency plans under review.”

Deutsche Bank said in a statement: “We believe it is in the interests of the UK and the EU to avoid the disruption of a no-deal Brexit. However, we are prepared for all eventualities. We began planning for Brexit in 2016 and our plans have always assumed the risk of a no-deal.”

Richard Gray, head of investment management at wealth manager Dolfin, said in a statement that until UK-EU relations are agreed, it is uncertain whether Brexit will be good, bad or neutral for the UK.

Read our Head of Investment Management Richard Gray’s views on last night’s #Brexit vote in the U.K. parliament and what happens next. #MeaningfulVote https://t.co/F8BwhSXBbb

“Within fixed income we express this uncertainty via a conservative positioning with regards to the yield curve (i.e. short-duration), rates and FX,” added Gray. “We remain neutral on UK equities with a preference for defensive names.”

Nigel Green, founder and chief executive of independent financial advisor deVere Group, said in an email that the pound rose by approximately one and a half US cents in response because investors see the UK government’s threat of a no deal Brexit as illusionary given the increasing control over the Brexit process from the legislative body.

He added: “The longer the Brexit process is extended, the less chance of a no deal and greater chance there is of a second referendum that will reject Brexit, or a soft Brexit.  This will please global financial markets and favour the pound and UK financial assets. As the uncertainty rumbles on, portfolio diversification should remain the major strategy for investors.”

What we will not let happen, deal or no deal, is that the mess in British politics is again imported into European politics. While we understand the UK could need more time, for us it is unthinkable that article 50 is prolonged beyond the European Elections. #Brexit #EPlenary

I take note with regret of the outcome of the vote in the @HouseofCommons this evening. I urge the #UK to clarify its intentions as soon as possible. Time is almost up #Brexit https://t.co/SMmps5kexn

“The compromise reached after 18 months is the best compromise. It is the result of constructive work and attitude, which we will maintain until the end: calm, unity, dialogue and transparency. It is now for the UK to clarify how it wishes to proceed"@MichelBarnier #Brexit pic.twitter.com/VFEtEH9TKe