In a conference call this morning Schwimmer explained that LSEG set three goals in autumn last year – to become more global, to diversify in capital markets and to significantly expand data and analytics. Schwimmer took over as chief executive of LSEG in August last year after spending two decades at Goldman Sachs.

We are pleased to announce the proposed all share acquisition of @Refinitiv, by @LSEGplc today. "Our aim is to capture the opportunity of data which we believe is driving unprecedented change in the global financial community." – Read our announcement: https://t.co/AMQb90HxRs pic.twitter.com/ThGw2ZUClM

“We looked at this transaction and it allows us to execute those three goals in one step,” he added. “The deal took several months to come together but makes most sense for customers and values for shareholders.”

London Stock Exchange Group said in a statement today that it has agreed definitive terms with a consortium, including Blackstone and Thomson Reuters, to acquire Refinitiv for $27bn ( €24.5bn).

He said LSEG had always anticipated market trends – such as acquiring FTSE and Russell due to the expected growth of passive investment and buying a majority stake in LCH. As a result information services and post-trade business comprise 80% of group revenues.

“The two big trends now are the increase in value of data and analytics and multi-asset class trading,” Schwimmer added.”Refinitiv allows us to capture these trends.”

The deal will allow LSEG to expand geographically into the US, Asia and emerging markets. 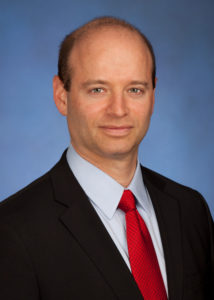 “We can also broaden the number and type of customer, for example, Refinitiv has a wealth management business in US,” continued Scwimmer. “We will have more contact with corporates through Refinitiv’s worldwide know your customer platform.”

Electronic trading volumes in foreign exchange have doubled since 2007 but the share is still below equities according to Schwimmer. He continued that Tradeweb had strong growth over the last three years and is well positioned for the electronification of fixed income trading.

LSEG management on the call said they would be combining the best technology from both companies.

David Warren, chief financial officer at LSEG, said on the call: “There is some overlap in technology, such as data centres, and a global property portfolio which can be rationalised.”

Warren added that the combined company will be investing and making hires in growth areas.

The deal needs the approval of completion regulators globally including the UK, EU and the European Union.

Schwimmer stressed in the call that the two businesses were highly complementary.

He said: “I do not want to pre-judge the regulators’ decisions but the businesses are more complementary than overlapping and we are not thinking of divestments. We look forward to engaging with regulators  around the world as we are in 20 jurisdictions.”

He also stressed that the exchange would maintain its open access policy, which is consistent with Refinitiv philosophy. Clients can trade on other venues and use LCH or other services and vice versa.

Linda Middleditch, who joined trading technology provider Itiviti as chief product officer from Bloomberg last month said in an email that some smaller firms will be concerned about price rises but there is still plenty of competition from other market data providers.

“As the industry sees further consolidation and many firms consider the potential for a sale, there will be further mergers within this space,” she added. “So, It’s not surprising to see exchanges reinforce the trend of looking to diversify their revenue streams.”

LSEG and Refinitiv had combined annual revenue of more than £6bn ($7.3bn) last year, which would have made the combined business the largest listed global financial market infrastructure provider by revenue according to the exchange.