Reforming City Culture: The Best Banking Can Get?

Reforming City culture – is this really the best banking can get?

By Nick Child, Head of Product Advisory Board, Fonetic 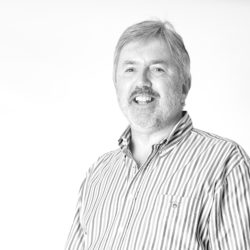 Gillette’s much talked about “The Best a Man Can Be” advert shows that even the most established brands can face perception issues in the #MeToo era.

For City traders, who, ironically, were depicted in the original 1989 Gillette advert with images of guys in belt and braces high fiving and back slapping, these issues run deep. Two decades on from the original advert, and perceptions surrounding investment banking have scarce improved. The classic “old boys” club and all the negative connotations that go with it has not gone away.

This has been thrown into the spotlight by recent lawsuits against financial giants like UBS. While the industry has done much to try and reform its image in recent years, these incidents suggest banking’s image problems have far from gone away.

This can be damaging on several levels. Not only can it result in hefty fines and legal fees, but it can also cause long-lasting reputational damage to banks, which act as a deterrent both to an increasingly ethically-minded investor and to the next generation looking to start a career in finance. There is no question financial institutions face an uphill struggle. However, this is no longer a battle that they have to fight alone.

Previously, traders hoping to get away with inappropriate workplace “banter” could have done so without much effort. This was largely due to the rudimentary practices that many institutions had in place. Inappropriate, or even illegal, conversations held over the phone or sent as voice attachments to emails, could easily slip under the noses of human resources and compliance departments, who only had the systems in place to collect random voice samples, rather than monitoring conversations in-depth.

In contrast, the surveillance systems available now mean that we have more sophisticated means than ever of identifying and preventing incidents of inappropriate behavior. Technology has evolved beyond just detecting keywords and terminology, it can gather context from whether words have been used within a certain proximity to others or if a variation of the root word is used. Following that, Natural Language Processing can then classify the communications based on what they are saying, and put them in context rather than just identifying the words in isolation. As a result, where workplace culture and harassment may have once been difficult to monitor for, technology has given us the means to directly point to incidents where inappropriate conversations take place over any medium of chat.

Financial institutions now have the opportunity to create a workplace which is safe and welcoming to all, and have the systems in place to hold themselves and their employees accountable. Unlike Gillette, banking doesn’t need to wait three decades to reform its image, technology means they can start now.