Global financial markets are as interconnected as ever, so it’s no surprise that financial regulations can have an impact beyond their intended target area.

For instance, some new rulesets are meant to strengthen banks’ balance sheets, and by extension make for a more stable financial system. But, such regulations constrain banks as market participants, reducing the number of potential trade counterparties for the buy side and making efficiency more difficult to achieve.

The exchange-traded fund market has grown from a curiosity to a $2 trillion market in the U.S. over the past two decades. Nobody expects Dodd-Frank, Basel III, MiFID II or any other broad regulation to roll back gains, but ETF buyers and sellers can expect some collateral damage in the form of additional friction on trades.

“As the ETF industry has continued to grow, more experience, more competition and greater investments have resulted in significant improvements in ETF liquidity over time,” said John Hollyer, principal and head of Vanguard Risk Management. “We expect this trend to continue in the foreseeable future, benefiting all ETF investors.” 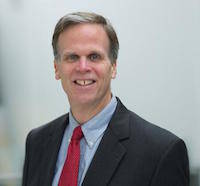 “However, there are potential headwinds that appear in the form of regulations,” Hollyer continued. “While we don’t anticipate these headwinds to impact liquidity, there is a potential for an increase in costs and decrease in the amount of capital committed by market makers. This increase in costs will be passed on and ultimately paid by the end investor in the form of higher transaction costs, including wider bid/ask spreads.”

It will take time for the regulatory impact on the ETF market to be known, as rulemakers in Washington and Brussels have been churning out new guidelines seemingly on a rolling basis over the past half-decade, and each set can take years to develop and implement.

“Investors buy and sell units of an ETF throughout the day in the secondary market without the need to buy or sell the underlying assets of the mutual fund,” he continued. “When there are net ETF purchases or net ETF redemptions, the ETF operates like an open-end mutual fund in that the assets held by the fund are bought or sold in the underlying market.”

Earlier this year, Vanguard passed State Street Global Advisors as the No. 2 institutional ETF provider, behind BlackRock. The Malvern, Pennsylvania-based investment giant managed about $450 billion in ETFs as of March 2015.