Wall Street broker-dealers have regulators to thank for forcing them to spend seven- and eight-figure sums to upgrade their trade monitoring and surveillance systems.

But there may be a silver lining to the buildout, as big banks discover that the greatly enhanced capabilities have the potential to supply valuable business intelligence.

“It’s table stakes in this industry to have a robust surveillance program, certainly much more so today than five or six years ago,” said a bank analyst at a large buy-side investment firm.  “Regulators have forced everyone to upgrade the technology around their advisors and their sales practices. If you’re going to spend the money on that, it’s not much of a leap to make the platform robust enough to generate revenue.”

Today’s souped-up trade surveillance systems were spawned in the aftermath of the global financial crisis of 2008-2009, as regulators in the U.S. and Europe concluded that financial markets needed more transparency. Credit default swaps were the poster child for opacity six and seven years ago, as there was little knowledge about who traded with who and where were the toxic exposures.

The ‘flash crash’ of May 6, 2010, which saw U.S. equity markets plunge for no apparent reason only to quickly snap back, added fuel to the fire, especially as explanations as to what caused the disruption have proved unsatisfying to many market participants and observers. 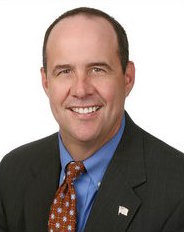 Exchanges have been the focus of regulatory initiatives such as the U.S. Securities and Exchange Commission’s Regulation Systems Compliance and Integrity, which also applies to alternative trading systems and dark pools. Broker-dealers don’t fall under Reg SCI, but SEC Chair Mary Jo White has asked agency staff to consider subjecting trade handlers to similar mandates in future rulemaking, and White has said the agency is closely focused on the “gatekeepers” through whom most order flow is routed into the markets.

The Financial Industry Regulatory Authority has been pressing broker-dealers to raise their game on trade surveillance. Just this month, Finra said it censured LPL Financial and fined the company $10 million for what the self-regulatory organization called “broad supervisory failures” as well as a failure to monitor trades.

Finra stated that LPL’s systems to review trading activity in customer accounts were plagued by multiple deficiencies. “Finra reaffirms that there is little room in the industry for lax supervision and that it will not hesitate to order firms to review and correct substandard supervisory systems and controls,” Brad Bennett, Finra’s executive vice president and chief of enforcement, said in a statement.

While the goal of mid-sized, smaller and independent broker-dealers may be to shore up trade-surveillance systems just to appease Finra and the SEC, the largest and deepest-pocketed global firms have cleared the regulatory bar, at least for now. Their next step is to harness the information and data that regulators have pushed them to track so closely, for the purpose of generating revenue.

“The primary goal is to enhance client surveillance, but the side effect is that you have a much greater level of detail around holdings, holding periods, trading activity, etc.,” said the buy-side research analyst, who spoke on condition of anonymity. “You have more client touch points.”