The US Securities and Exchange Commission looks to reform decades of oversight of the $13.4 trillion exchange-traded fund market with a proposed rule that would bring consistency to the existing patchwork of exemptive relief.

Proposed Rule 6c-11 of the Investment Company Act of 1940 would permit ETFs that met certain conditions to operate without needing to obtain exemptive relief from the Commission. 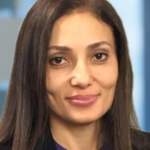 “The purpose of the rule is to establish a clear and consistent framework for a vast majority of ETFs operating today,” said Dalia Blass, director, Division of Investment Management as the SEC, during an open meeting of the Commission.

If an ETF satisfied the specific conditions set forth by the new rule, it would be exempted from several provisions of The Investment Company Act.

Most of the conditions revolve around improved public disclosures that would need to be included in an ETF’s prospectus and on its website, according to SEC staff.

The proposed rule would require an ETF to post its complete portfolio holdings daily, information regarding historical premiums and discounts, as well as information related to the ETF’s bid-ask spreads.

“These disclosures are intended to inform investors about the efficiency of the ETF’s arbitrage process,” said Joel Cavanaugh, a senior counsel, Division of Investment Management at the SEC. “The proposal also solicits comments on ways to better inform investors about intraday deviations between an ETF’s market price and NAV per share or the contemporaneous value of the ETF’s portfolio.”

If an ETF meets these conditions, it would be permitted to use custom baskets that do not reflect the pro-rata representation of the fund’s portfolio. However, the fund would need to adopt written policy and procedures for the construction and acceptance of the baskets in the best interest of the ETF and its shareholders, he added.

Some funds that the Commission believes are best addressed via exemptive orders because of limited sponsor interests or due to additional policy concerns will not be able to take advantage of the new rule, according to Blass.

“On this basis, UIT ETFs, ETFs that operate as a separate share class of a mutual fund, and leveraged or inverse ETFs would not come into the scope of the proposed rule,” she said.

Although the Commission voted unanimously to release the proposed rule for comment, Commissioners Robert Jackson and Hester Pierce said that the proposal did not go far enough in reforming ETF oversight.

“The proposed rule explicitly excludes leveraged and inverted ETFs, I would have preferred to write a more comprehensive rule, but the release does to a nice job asking questions about the potential of including such funds and what condition might go along with including such funds,” said Commission Pierce. “I home commenters will weigh in on whether how the rule could accommodate such funds. These funds are here to stay, and a rule accommodating them would benefit investors, fund sponsors, and the Commission.”