SEC Cracks Down on ICOs

The US Securities and Exchange Commission has begun its mission to clean up the wild west of initial coin offerings.

The regulator’s Division of Enforcement has issued approximately 80 subpoenas to ICO-related organizations and individuals, according to reports in the Wall Street Journal. 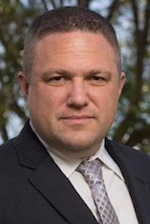 “This should not have come as a surprise to anyone in the ICO space for the past two years that the SEC was coming,” David Silver, founder and managing partner of law practice Silver Miller, told Markets Media.

The SEC and the Commodity Futures Trading Commission telegraphed their intentions in early February during testimony before the Senate Committee on Banking, Housing, and Urban Affairs.

CFTC Chairman Christopher Giancarlo testified that his organization had already brought three ICO enforcement actions since the beginning of the year.

“The Commission’s message to issuers and market professionals in this space was clear: those who would use distributed ledger technology to raise capital or engage in securities transactions must take appropriate steps to ensure compliance with the federal securities laws,” noted Chairman Clayton in his written testimony.

However, the SEC’s overall strategy remains to be seen, according to Jason Gottlieb, a partner at the law firm of Morrison Cohen. 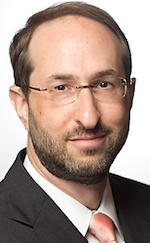 “It may prioritize enforcement against the ICOs that they view as the biggest scofflaws,” he said. “Or, as Chairman Clayton has repeatedly warned, it might pursue the “gatekeepers”: the lawyers, accountants, underwriters, and other facilitators of multiple ICO projects, to stem what Chairman Clayton has viewed as a tide of unregistered securities offerings.”

“They are looking into whether or not people knew that they were committing financial fraud and lack of disclosure violations un the way that they raised money through US investors without exemptions,” Silver added.

Critical to the SEC investigations is whether the utility tokens in question are securities as defined by the Supreme Court’s Howey Test. According to Chairman Clayton’s Senate testimony, of all the ICOs that the SEC had examined everyone met the definition of a security under the Howey Test.

“I think now that everyone acknowledges that there is no such thing as a utility token,” said Silver.

Gottlieb, however, sees the regulator on shaky legal ground.

“Despite its firm view that most, and maybe all, ICOs were unregistered securities offerings, the courts have not yet decided whether the ‘coins’ or ‘utility tokens’ are truly securities,” he explained. “Different facts in each offering may lead to different results. The answers won’t be clear for months, if not years. If new legislation or regulations are not issued, the courts will decide the answer in a hodgepodge of legal decisions on different facts.”

If the organization behind the ICO was not actively trying to defraud its clients, recission of the investment might not be the worse thing, he said. “For situations where the SEC would declare there were sales of unregistered securities, everyone’s crypto will go missing. I expect this to happen for 90% of the cases.”