The second week of mandatory swap trading on SEFs has brought an upturn in volume following a lackluster first week, caused in part by weather and the calendar.

“Participants were understandably a little nervous on Day One to open the floodgates, and that characterized the whole first week,” said Jon Williams, co-head U.S. institutional markets at Tradeweb. “While that first week was somewhat muted, last week we saw an increase in activity in terms of customers, numbers of transactions, and size of transactions. I believe that is a positive step.” 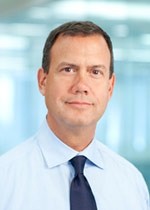 “The Tradeweb MAT self-certification went into effect last Wednesday, and MarketAxess’ on Friday, so we now have the four primary CDS Indices made available,” said Tod Skarecky, senior vice president, Americas at Clarus Financial Technology. “It appears to have been a fairly active week.”

The fact that the trading mandate kicked in on President’s Day (Feb. 17), a holiday, combined with the inclement weather in the northeastern U.S., had a lot to do with the first week being a quiet one.

“I wouldn’t underestimate the impact of the holidays, winter vacations and blizzard conditions in the northeast, so it was a good week to introduce the trading mandate in relatively relaxed conditions,” said Williams. “You don’t want to introduce such profound change on the marketplace on a highly stressful day.”

Williams continued, “We didn’t expect a Big Bang event. When you look at the collection of instruments that are covered under the Made Available to Trade umbrella, it represents a portion of the overall derivatives market. The most vanilla, spot starting, non-packaged transactions were covered. There was no expectation that the entire interest rate derivatives market was going to switch to electronic overnight. What we saw and what a lot of the market anticipated was a relatively quiet day.”

Mandatory trading on SEFs is the last of the three major components of the Dodd-Frank OTC regulations to be implemented: mandatory trading and reporting went into effect in 2013.

“There is a tendency when thinking about the implementation of the trading mandate to focus exclusively on the relatively small period of time that encompasses the actual execution,” Williams said. “Since we are bringing a number of other aspects, basically the entire trading workflow, under the electronic mandate (i.e. pre-trade credit checks, clearing, etc.) there are a lot of moving parts that are now electronic.”

Last week, overall volumes on Bloomberg increasing nearly twofold from the week prior, with interest rate swaps at $50 billion and CDS at $56 billion. Over 160 new firms started trading on Bloomberg’s SEF.

“Credit Derivatives seemed to perk up on the Wednesday MAT date. Bloomberg continued their strength in credit, but there were good showings collectively from ICE, MarketAxess, and Tradeweb,” Skarecky said. “We’ve seen the CDS disparity between legacy D2C [dealer-to-customer] and D2D [dealer-to-dealer] platforms as a general trend, but this week was probably the largest percentage of CDS activity on D2C vs D2D.”