Sign up to receive exclusive articles on topics including: Select one or more newsletters you would like to receive:
Close popup
Featured
By Rob Daly Editor-at-Large
Daily Email Feature

The partial US federal government shutdown that seemed to end on Friday after 34 days didn’t help the development of cryptocurrency markets.

As the shutdown wore on with financial regulators on furlough, the expectation of new cryptocurrency derivatives and securities tokens coming to market dwindled among exchange operators.

Although designated contract markets could self-certify new futures contracts, such as ones based on ethereum or other liquid digital currencies, they have put such developments on hold.

“I have two regulators who are not taking my calls right now,” said Ed Tilly, chairman, president, and CEO of Cboe Global Markets, during a recent press lunch in New York. “Whether the next currency is ready for trading, we will take the same steps as we did with bitcoin — in total cooperation and transparency with the regulator. We do not do anything without that.”

Tilly also noted that bringing additional cryptocurrency-based futures contract to market might address some demand for exposure the asset type but the underlying currencies and the futures contracts based on those currencies are only two legs of a three-legged stool.

“It’s like the VXX,” said Tilly. “It made it easy for customers to have exposure to the VIX.”

The shutdown also is negatively affecting securities tokens offerings, which have dried to a trickle from the boom time between the summers of 2017 and 2018. 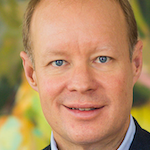 “We often see people making statements about securities-based tokens that sound logical but are riddled with significant securities law and AML violations, which made us wince,” said Cromwell Coulson, president, CEO, and director of OTC Markets.

All signs from the US Securities and Exchange Commission suggest that the regulator has no intention of simplifying the regulations regarding the issuance of securities tokens.

“For the last 30 years, the SEC has been implementing regulations that make it more difficult for the general public to participate in offerings from smaller issuers,” said Coulson. “As the ICO movement has shown, there is a real interest among investors to want to bet on new ideas. There are also the side effects from when you open the gates without any disclosure or governance. It does not work out very well. In fact, it works out much more awful than anyone would have expected.”

Until STO issuers can color within the lines regarding regulatory mandates and reduce their associated trading costs, it will be a long hard slog to adoption for tokenized securities.

“Trading an asset is not hard,” he added. “It is the disclosure, the regulatory compliance, and obligations upon participants in the process that can become cost-prohibitive/costly and burdensome.”