Thomas Zeeb, Head Securities & Exchanges at SIX, said a number of exchanges are using new technology to automate existing processes but the real value lies in fundamentally rethinking their business.

Zeeb told Markets Media: “In the move to digital a number of exchanges are using new technology largely to automate existing processes. While that may be appealing in terms of replacing legacy systems, I believe that they are missing a trick — the real value of new technology is not to replace old processes, but to fundamentally rethink how the business is done.”

He added that the infrastructure of asset managers, custodians, broker-dealers and financial market infrastructure will change substantially and this will happen quite quickly.

“The challenge for the infrastructure is to anticipate these changes and provide the appropriate ecosystem to allow market participants to develop and achieve their business models,” he added. “We are also preparing the groundwork for how our industry will look very different in five years’ time.” 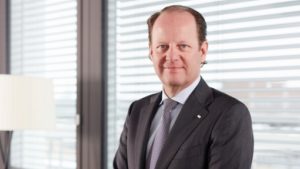 At the beginning of this year Jos Dijsselhof took over as the new chief executive of SIX. Subsequently the SIX board said in January that it was realigning the company to face a market environment that has undergone fundamental changes. As part of the reorganisation Zeeb became Head Securities & Exchanges in April. Securities & Exchanges was formed from the merger of the separate Swiss Exchange and Securities Services units in order to centralise all the services associated with trading, settlement and custody of securities.

As part of the reorganisation, all innovation activities at SIX were consolidated in a new innovation unit. SIX also said it is investing CHF 50m ($50m) in a venture fund to promote innovation in the Swiss financial center. 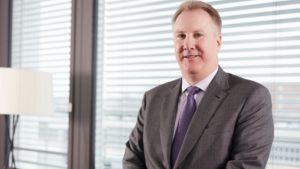 “We have a venture capital fund to take stakes in fintech firms which are close to our core business and meet our vision of the future,” added Zeeb. “Our business unit, Innovation &  Digital, sets the innovation strategy for the entire company and acts as a think tank for emerging technologies.”

For example, in August last year SIX and Nasdaq announced a collaboration with technology partner Chain to test a distributed ledger technology for SIX’s over-the-counter structured products business, which has not yet gone into full production.

In another example, xChain combines collective intelligence, as used by Wikipedia, with blockchain to allow market participants to concurrently validate corporate actions, such as dividend payments, share splits and capital increases. Sergey Udovenko, senior solution designer at SIX, said in a blog that xChain relies on crowdsourcing to validate corporate actions announcements and to build a community-verified “single version of truth”.

Udovenko wrote: “To provide an analogy, while Airbnb creates an online marketplace for travelers, we are enabling companies and individuals with expert knowledge to share their data and information on a common electronic platform with a direct benefit for all participants.”

SIX also has its own lab for innovations: the Innovation@SIX Lab at F10, a fintech accelerator.

Zeeb said: “We need to think about how investors and companies wii be bought together 10 years from now, how they will manage risk and regulation and build a hypothesis on future products.”

On a shorter-term basis, SIX is also waiting to see the opportunities arising from  MiFID II, the regulations that came into force in the European Union at the start of this year.

“Regulation brings unintended consequences  and challenges,”added Zeeb. “We are monitoring block trading and periodic auctions in consultation with the market.”

SIX had launched dark pool SwissAtMid in October 2016 ahead of MiFID II.

“SwissAtMid has been doing very well this year having traded CHF 4.3bn to May (up 169% compared to the same period in 2017) and becoming the largest single venue dark pool for Swiss securities since April 2018,” said Zeeb. “This is due to both strong organic growth since its launch in 2016 and the introduction of double volume caps in March this year.”

In order to encourage trading on lit venues, MiFID II places double volume caps of trading in dark pools. There are waivers for large-in-scale (LIS) orders and trading in auctions which has led to a boost in volumes of block trades and periodic auctions. The European Securities and Markets Authority delayed the publication of its calculations from January until March due to data issues.

Research released by SIX in May found that 70% of surveyed traders at the Swiss exchange believe trading has become more transparent under MiFID II. However only 26% believe that dark liquidity will move to lit markets. Instead, they believe volume caps will shift trades to either block trading vemues, systematic internalisers or periodic auctions.

In May SIX also formed a joint venture 12H, to launch an international microwave-based trading connections which connects Zurich to London, Frankfurt and Milan as well as Milan to Frankfurt.

Microwave technology allows trade data for all securities listed at SIX to be transmitted more than twice as fast as connections based on commonly used fiber optic technology.

In April JP Morgan Asset Management listed exchange-traded funds on the Swiss Exchange for the first time. The four new products included two active ETFs – the first to be listed with SIX in two years. Franklin Templeton, another US asset manager,  also became a new ETF issuer on SIX this year.

Zeeb said SIX is well positioned in the ETF market.

“Uniquely we can provide the complete value chain from beginning to end which allowed us to, for instance, lower late settlement fees and to support the ETF business – that in turn also makes us attractive for cross-listings,” he added.