Small-cap stock volatility has historically tended to be higher than large-cap volatility, but there has been a noticeable spike in recent weeks.

The small cap premium, or implied volatility for the small cap U.S. equity market as reflected by the CBOE Russell 2000 Volatility Index (RVX) relative to implied volatility for the large cap U.S. equity market as measured by the CBOE Volatility Index (VIX), has exceeded 50% since July 2, significantly higher than the year-to-date average, and closed at 62.9% on July 11, its highest point since June. 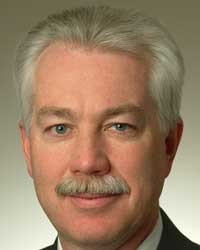 The fluctuation in the small cap premium as indicated by the relative performance of RVX and VIX illustrate that relative volatility levels for the U.S. large cap and small cap equity markets do no always move in lockstep. “This underscores the importance of considering small cap volatility measures rather than following a one-size-fits-all approach,” Fay said.

In the week ended July 17, “increased overall market volatility, as measured by RVX and VIX, led to increased interest in U.S. small cap equity options by traders and investors,” said Russell Rhoads, instructor with the The Options Institute at the Chicago Board Options Exchange.

As of July 11, the U.S. small cap Russell 2000 Index had underperformed the U.S. large cap Russell 1000 Index, and RVX has been elevated, which reflects investors’ increased risk perception for small cap stocks.

At the same time, investor usage of options based on the Russell 2000, as measured by average daily volume increase, has grown in 2014 relative to investor usage of options based on the S&P 500 Index. “If you look at options and futures volume in small-cap derivatives, they have been much more active,” said Fay. “Large cap volumes have been pretty much flat this year versus last year.”

The premium of RVX relative to VIX, when combined with increased volumes in the Russell futures and the Russell index options, is an indication that market participants are seeing risk in small-cap stocks.

“They are highly correlated,” said Rhoads about the RVX and VIX. “They do oscillate in a range, and last year spent a lot of the time at the bottom end of the historical range. This year, the premium that RVX has relative to VIX is pretty much bouncing against the top.”

“I don’t think there has been a day where the Russell Volatility Index has been at a discount to VIX,” Rhoads said. “If you get into the academic end of things, a portfolio of 2000 stocks is supposed to be less volatile than a portfolio of 500 stocks. That’s not true.”