This year might be “The Year Blockchain Goes into Production,” but blockchain-based smart contracts have another 12 to 24 months before they become fully baked.

“I think that 2019 and 2020 will be very active years for smart contracts,” said Kari Larsen, counsel at the law practice Reed Smith. “That is when the fear of missing out will start to become less ‘we aren’t catching on to this,’ and edging into the norm.”

Until then, Larsen recommends that the industry continues to watch for developments, especially regarding financial regulations.

Those wishing to employ smart contracts will find a patchwork of regulations at the Federal and state level regarding the legal standing of smart contracts and blockchain-stored data. 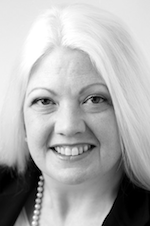 “Many states provide little or no guidance on the subject, and thus, issues related to the enforceability in differing jurisdictions are inevitable,” wrote Larsen in a recent white paper entitled Blockchain: Distributed ledger technology and designing the future.

Several states are making a push to include rules for smart contracts, distributed ledgers, and cryptocurrency into the Uniform Commerical Code.

“That has stalled a bit as the focus moves more to financial regulations of the cryptocurrencies and crypto assets than UCC issues,” Larsen told Markets Media. “I would watch if that tide turns a little bit. Right now, it is like the anti-money laundering, securities, or other things having to do with crypto assets rather than the blockchain.”

However, the overall legislative and regulatory trends regarding smart contracts continue to advance.

“There is a movement toward certainty for automated contracts from a legal and regulatory perspective,” said Larsen. “States are rolling out regulations and new legislation that gives clarity to things like whether blockchain evidence can be submitted into evidence at trial, whether it is the equivalent of electronic signatures that are thus enforceable and other areas where there can be certainty provided for these.”

Meanwhile, firms with a presence in the EU face their own regulatory challenges as new data-protection and data-privacy regulations continue to affect the development and adoption of smart contracts and distributed ledgers.

“The current data privacy regulation rolling out in Europe is not consistent with how blockchain technology works,” noted Larsen. “I would expect that regulators review any data governance regulations for consistency. If they are not consistent, how do you address that?”

In the industry’s enthusiasm, there are a lot of applications that are not best suited for blockchain technology, according to Larsen.

Supporting the lifecycle of derivatives contracts, such as master agreements, is one use case for which simplified smart contracts would be suited.

“In essence, they would be smart confirmations,” said Larsen. “It is easier to the name into the code, get the data, and not have to be concerned about some of the more flexible clauses that are better suited for a more robust agreement.”

The International Swaps and Derivatives Association and others in the financial industry already have opined that the technology could play a significant role in the development of a standardized, efficient, and compliant marketplace, she added.