Spreads for trading equities on the Swiss primary market have widened slightly after Switzerland’s stock exchanges lost equivalence with the European Union at the start of this month according to Liquidnet, the institutional block trading network.

In a report, MiFID II Liquidity Landscape: H1 2019, Liquidnet said the slight increase in spreads on the primary market may be due to the increased activity and liquidity on just these two order books as there is less incentive for market makers to be competitive on pricing.

“This could potential impact the ability to unwind risk positions which could have a further detrimental impact on market maker appetite,” added Liquidnet.

The European Commission had granted temporary equivalence for stock markets to Switzerland in December 2017, which was extended to 30 June 2019. Equivalence ended the next day and more than 300 Swiss shares were removed from trading on European venues such as Aquis Exchange, CBOE Europe, ITG Posit, Liquidnet MTF, Turquoise and UBS MTF. Traders can now access Swiss stocks by trading directly on SIX Swiss Exchange, or through a local Swiss broker or a systematic internaliser. 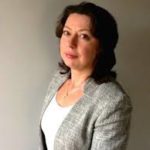 The authors – Rebecca Healey and Charlotte Decuyper, market structure and strategy, EMEA, and Gareth Exton and Joe Fields, global execution and quantitative services – said the immediate winner of loss of equivalence has been trading on the primary Swiss Exchange.

“In the dark market, Six SwissAtMid has seen an almost doubling of activity, although overall market share remains in single figures given that they are the only dark MTF still listing Swiss names (excluding dual listed names),” said the report.

There has been an increase in the number of trades and notional executed on the primary lit SIX Swiss Exchange.

However Liquidnet concluded that the lack of competition in Switzerland offers end-investors less choice and could potentially drive up trading costs over time given that spreads have already widened and liquidity in small and mid-cap names is already challenging.

Liquidnet also warned that the Swiss example shows that the ability for the UK and European firms to rely on equivalence seems unlikely after the UK leaves the European Union. There are a larger number of dual listed UK and EU stocks and for many the main centre of liquidity is in the UK. 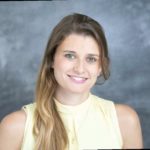 “However, should the EU force EU firms to trade EU stocks on European venues, the outcome would likely damage European fund performance rather than UK counterparts,” added the report. “Previous analysis by Liquidnet illustrates that just 1% of activity is European to European, under a quarter is European to UK and international trading, with over three quarters of activity occurring without interaction with an EU member.”

The study highlighted that a  concentration of international, UK and Swiss activity might negatively impact European asset managers more than their UK and international counterparts, as they will potentially have to trade in less liquid markets, making entering or exiting a more expensive strategy.

Anne Plested, regulatory expert at ION Markets, said in a blog this month that the financial community’s hopes of an eleventh-hour extension to maintain the status quo in Switzerland were dashed.

Plested wrote: “The impact on market structure will no doubt play out in the coming days. How markets respond is likely to set a precedent as the clock runs down towards Brexit, whatever form it might eventually take.

The Association for Financial Markets in Europe said in a report this week that the UK’s exit from the European Union on 31 October 2019 without a deal still poses significant risks for the financial services sector, despite the preparations that have been made.

Substantial work has been done by both #banks & #regulators to mitigate the impact of a #NoDeal #Brexit. But, as our new paper highlights, it still poses a number of significant risks for the financial services sector: https://t.co/CAS26pLWsV pic.twitter.com/x4QrJ7io7K

AFME added: “We also recommend that the UK and EU27 authorities put in place necessary arrangements to ensure continued access of members from both UK and EU27 to infrastructures under their supervision.”