Dale Brooksbank, head of European trading at State Street Global Advisors has two big challenges. Six months ago he became a father for the first time, and on the job he has to navigate new European regulations. While Brooksbank knows that his daughter will become an adult on her eighteenth birthday, the timeline for implementing new trading rules is less clear.

“As an organisation, we have spent an enormous amount of time and resource over the course of the last three years trying to make sure that regulators have sufficient data to make those decisions on an objective basis and evidence-based,” Brooksbank told Markets Media. “I think we were one of the few people that were able to provide that data.” 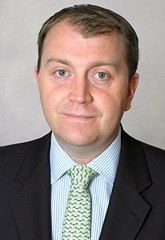 Brooksbank liaises with regulators such as the European Securities and Markets Authority, on behalf of State Street and as chair of the Investment Management Association Dealing Committee.

In Europe the Markets in Financial Instruments Directive (MiFID) was implemented in 2007 to introducing competition in equity trading against national stock exchanges. In January this year European lawmakers agreed on the primary legislative, or Level 1, text for MiFID II but there could be nearly 90 secondary measures. As a large global organization, State Street can turn to its project management office to plan for these kinds of systematic or strategic initiatives.

“There will be challenges over the next five to 10 years with the amount of change,” Brooksbank said. “When we speak to ESMA we are looking at 2017 for MiFID II and for the 12 to 18 months after that, you potentially have the scope for a consolidated tape, so you are looking out to 2020 for some key regulatory changes.  During that period you might even start dialogue for MiFID III.”

MiFID II includes a proposed cap of 8% of the total consolidated amount traded in any stock during a trading day in dark pools and 4% of total trading per stock on a single dark venue following a recommendation from the European Council last year. Trading volumes across the region are difficult to measure as Europe does not have a consolidated tape, despite this being promised in MiFID I.

“I think that for ESMA this is not a proposal, this is something in Level 1 that they’re already having to plan to solve for,” Brooksbank said. “How do you get aggregated trade data across venues when you don’t have a consolidated tape? I think that there is, diplomatically, some head-scratching with regards to how that is going to be implemented and how it’s going to be solved.”

In any year State Street executes about 25% of its algorithmic trades in dark pools in Europe, although this is only between 4% and 7% of its total equity trading volume in the region said Brooksbank.

“On top of our order management system we have ITG’s Triton, an execution management system where we house the suites of broker algorithms that we use,” he noted. “Last year that we did over €75bn in equities in Europe. Of that approximately €4bn to €5bn was executed in dark pools.”

Brooksbank expects the use of algos to increase. His team uses 15 suites of algorithms from external providers but has the ability to customise programs to suit their trading strategies or reduce trading costs.

There are 11 traders in London trading equities, fixed income and foreign exchange alongside teams in Hong Kong and Boston, State Street’s U.S. headquarters. Brooksbank can deal across asset classes which are all traded on the Fidessa system.

The two foreign exchange traders in London are generalists while fixed income is spilt between liability-driven investment and swaps, credit, emerging markets and rates. In equities the team is divided by strategy such as quantitative equity and fundamental equity in line with the portfolio managers.

All orders for European equities are given to London but in fixed income and foreign exchange only orders loaded by portfolio managers in Paris or London are traded by Brooksbank’s team.

“In equities we want to make sure we don’t have different desks across the globe competing for the same orders in the same markets,” he said. “Some of our competitors might have desks in San Francisco or Boston, London and Hong Kong that could actually be competing for the same set of names. So, because of the desk structure, we take that conflict off the table.”

Portfolio managers can use a relatively standard list of order types but can also add free-form text instructions, such as the need to extend settlement, or discuss bespoke orders with traders.

Brooksbank said the continuity of the trading team means they have a deep understanding of what portfolio managers are trying to achieve.

“We have a permanent chat room with the Hong Kong and Boston trading desks. We also have permanent chat rooms with individual equity strategies,” he said. “With technology it’s just very easy to provide real time information and it is incredibly collegiate with the PM teams because we’re constantly involved in their process as they are in ours.”

State Street had been using the Fidessa system for equities since 2005. Brooksbank joined the firm from Legal & General Investment Management in 2006 and two years later he was in charge of the project to move foreign exchange onto Fidessa.

“We felt relatively pioneering in getting FX onto the same platform as equities almost 5 years ago. Once that project was successfully completed we then expanded the conversation to fixed income,” he said. “We looked at other systems but given our broader strategy of having other assets on a single platform and the fact that Fidessa could deliver made perfect sense for us”

In 2011 fixed income was transferred to Fidessa to increase capacity and to be able transfer positions around the globe which has proved useful with physically disruptive events such as the recent typhoon in Hong Kong, the polar vortex in the U.S. and floods in London.

“The addition of the OMS for fixed income has been a blessing as volumes have continued to grow.” added Brooksbank. “In Europe we are doing between 60% and 80% more tickets than we were in 2011 with the same amount of staff.”

In July last year Brooksbank’s team had their largest trading day in fixed income printing about 4,000 tickets in addition to interest rate swaps.

In 2012 State Street Global Advisors traded $2.6trn in notional value across all asset classes around the world. Brooksbank said: “We’re not standard from an industry perspective as north of 85% of all of our fixed income trades are able to be done on an electronic basis.”

In fixed income State Street has FIX connections to Tradeweb, MarketAxess and Bloomberg FIT so straight through processing rates are higher than 95%.

“In fixed income our order management system has made the competitive pricing process a lot easier. i.e. we have the ability to go in and trade a list of 30 government bonds, select four or five different counterparties and look at those counterparties’ streaming prices in real time,” Brooksbank said.

The Fidessa platform also allows State Street to implement pre-trade controls. Brooksbank’s team can use a compliance interface called Sentinel so that if an individual client specifies that he does not want to trade with individual counterparties, they have the ability to code that on a pre-trade basis. There other hard coded checks in the OMS – such as the ability not to send out more than is ordered, so if a portfolio manager sends down a million shares, two million shares cannot be sent out.

One of the key controls is to only deal with counterparties that use FIX. “In fixed income if we do trade via voice we will then get what is called a VCon, a confirmation over Bloomberg that has the ability to populate our STP system,” Brooksbank said. “That’s a pretty neat functionality that we have had to develop. An important development in trading emerging market fixed income.”

More than 99% of State Street’s trades across asset classes are processed from front to back office without any manual intervention.

“The trader gets a lot more bandwidth to spend on client execution quality and I think that is real progress for SSgA.” added Brooksbank. “The infrastructure that we have that actually frees up a lot more time for traders to focus on the important things for our clients, which is execution quality.”

In addition to using technology for executing trades, State Street has invested time and resources in analysing trading costs and has a TCA Services group. Staff in London and Boston produce daily TCA reports using data extracted from Fidessa for each strategy for all the heads of trading, the regional heads of trading and the global head of trading. A quarterly report is also produced for the Trade Management Oversight Committee, a group of senior group of executives who are briefed by the global head of trading.

“We also have a third party provider of analytics for things which we utilise for the quantitative strategies. ,” added Brooksbank. “Over the last couple of years, we have done an enormous amount of work deconstructing individual stages of a trade life cycle to see the actual outcome and how we can improve what we are doing. We have TCA Services producing daily TCA in FX, futures and equities. We are one of the first asset management firms also to do it in fixed income.”

Brooksbank said the firm’s trading costs have been steadily decreasing over the last 10 years. “I am not convinced that would be similar across the whole industry, it may be, but it speaks to the fact that the team are increasingly having time to focus on improving execution quality,” he added.

He expects European regulators to look at market data which still costs more than in Europe than the US but he said there has been some progress on post-trade costs.

In February the Federation of European Securities Exchanges and FIX Trading Community announced that Market Model Typology (MMT)  has become a FIX standard which will allow standardisation in data from trading or trade reporting venues. FESE said MMT can also be used by non-FIX protocols which will make it easier to aggregate data from multiple venues and create a European consolidated post-trade tape .

“That is already going to be standard reporting for BATS, which has been a step forward versus BOAT.” Brooksbank added. “These are things that the industry is trying to help solve. I think that they are positive steps. We have a way to go.”

Brooksbank has already seen many changes since having to physically timestamp tickets at the start of his career in 1996 and that process looks unlikely to slow down.

Last December Rick Lacaille, global chief investment officer at SSgA said about the global market outlook for 2014: “If stabilisation was the message in 2013, recovery is the watchword for 2014. While we are not discounting potential risks, like government and central bank policy changes or geopolitical issues that could disrupt the growth story, there are plenty of positives to catch the investor’s eye for 2014.”

This year SSgA expects Eurozone growth to be particularly favourable for European peripheral debt with rallies in peripheral stocks and for small caps and high yield to continue to perform well. The firm is positive on Spanish and Italian equities and expects the UK to be the best performer in the G10 with a positive outlook for UK corporate bonds and the UK financial sector. For this year SSgA favours short biased strategies, managed futures, real estate and cash as diversifiers with stable low correlations.

Brooksbank said: “With the confluence of regulatory change, whether it is Basel III or MiFID II liquidity is very high on the list of our concerns.  But, if I look back through 2007, 2008, even at its worst, we were always able to get all of our business done that we’ve ever needed to.”