Surveillance Catching Up with Trading

Electronic trading networks have advanced markedly over the past decade. Surveillance systems that monitor the trades transmitted via such networks haven’t kept pace, but the increased emphasis on the function suggests the gap will narrow sooner rather than later.

“We expect trade monitoring/surveillance tools to catch up with trading systems and level the playing field for compliance officers,” said Sudhir Gupta, vice president of capital markets and risk consulting partner at Cognizant. “These systems would be highly automated, keeping a 24×7 watch on trading activities. They would be capable of crunching very large data sets in real time, employing statistical techniques suitable for the segment.”

Regulators have pushed broker-dealers, as the de facto gatekeepers of capital markets, to upgrade their trade surveillance capabilities so as to avert incidents of rogue trading that might lead to broader market issues. For the biggest global banks, there’s also some self interest, as cutting-edge surveillance systems can generate valuable business intelligence which in turn can lead to revenue opportunities.

Years ago, surveillance systems were typically developed on a piecemeal basis, so legacy infrastructure has its limitations compared with recent, more holistic iterations.

“A state-of-the-art trade monitoring/surveillance system should be implemented in a manner that provides a complete view of the firm’s trading activity, i.e. across different lines of business and geographies,” Gupta told Markets Media. “Currently, most banks have siloed environments in which these tools work.” 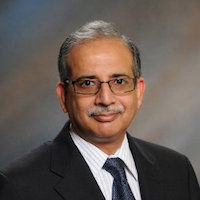 “As banks become more global, the trade monitoring/surveillance tools should have the ability to analyze traders’ activities on positions held in different asset classes and in all markets accessible to the trader,” Gupta continued. “The trade monitoring/surveillance system needs to combine historical and real time, structured and unstructured data with predictive analysis tools to detect and flag events in real time. There should be a capability to crunch large data sets, potentially through the use of ‘Big Data’ technologies. Finally, systems would need to have dynamically evolving rules engines that can keep pace with the changes in regulations.”

Buyers of trade-surveillance technology have many options, though it may be necessary to cobble together a few products to fill in gaps.

“No single player in the trade compliance space currently provides every part of the desired coverage,” Aite Group said in a report earlier this year. “While there are many full-service offerings, even the established platforms oftentimes turn to partnerships to leverage the expanding range of analytical and search capabilities.”

Next-gen trade surveillance promises to be highly sophisticated, with deeply quantitative aspects and predictive analytics — not unlike some bases of the electronic trading that surveillance is meant to keep up with.

“There are new and emerging techniques such as hybrid models of distance-based clustering and dynamic Bayesian network,” Gupta explained. “The overall monthly activities of a trader establish a defined pattern. This pattern closely matches traders of similar characteristics and can be captured in the form of a probabilistic temporal model. Bayesian network may flag a set of trades if they fit into the context of the particular trader’s trading pattern.”