As trade surveillance advances toward real-time capabilities, the technology is also focusing its view.

Rather than a broad sweep across the organization, the next generation of surveillance systems will feature simplified administration of highly localized surveillance; for example surveillance by business line, by department, by geography and even down to the individual trader or client. Such refinements promise to not only better spot compliance violations such as rogue trading, but also generate a richer suite of business intelligence that a global sell-side bank can use for revenue-seeking purposes.

“We’re talking about having extremely granular surveillance as opposed to ‘one size fits all’ surveillance alerts,” said Theo Hildyard, head of solution marketing at Software AG. “The benefits of that are that you have far more accurate results in your surveillance.”

A primary goal of a surveillance department is to reduce ‘noise’ from false positives. “When we’re talking about ‘one size fits all’ application vendor-driven alerts, there is a lot of noise,” Hildyard said. “Application vendors will have a surveillance rule or scenario, and that will be the rule,” said Hildyard.

Creating multiple versions that can be tweaked to be slightly different is hardly a trivial task. “What market surveillance needs to move towards is not just having your layering algorithm, your layering surveillance alert, but actually to have many different flavors of that surveillance for customer type A and B, possibly even down to an individual customer level,” said Hildyard.

Localizing surveillance is about ingesting data, whether structured (text) or unstructured (voice) across all communications and correlating it with data from order management and execution management systems. 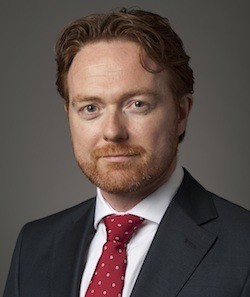 “How you decide to filter the data is an administrative configuration, although there is significant risk of narrowing down the data analysed as wrong doing which is not constrained by department, bank, asset class or geography,” said Mark Miller, chief product officer and general manager of North America and Asia at T-Ware Connect, a subsidiary of UK-based TeleWare.

In a 2013 consultative report on trade repositories, the Bank of International Settlement’s Committee on Payment and Settlement Systems and the International Organization of Securities Commissions noted that the ability to identify and detect unusual or improper trading activities, to analyze trading patterns, and to monitor transactions for abnormal price and volume movements requires a high degree of granularity.

For example, detection of wash trades or insider trading will typically require the identification of a series of transactions by a particular entity or entities on a particular underlier or underliers for the suspect time period.

Authorities also require position-level information in order to detect large and/or concentrated interest in particular underliers or groups of underliers, the CPSS/Iosco report noted. Certain forms of surveillance, such as monitoring of position limits, may require information about a given entity’s open positions rather than all of its transactions over a specified time period.

At the British Bankers Association annual meeting in London in November 2014, the deputy governor of the Bank of England, Jon Cunliffe, warned about regulatory arbitrage. He asks whether it is possible for the world’s key regulatory police can ensure that there is consistent implementation across jurisdictions.

The answer may lie with surveillance. Using trade data, historical data and real-time analytics, a bank can watch every market position real-time and match these to new positions, marking everything to market, and flagging any breaches in capital reserves.