Sustainable finance bond issuance in the first half of 2022 fell 23% from the same period in 2021 to $422.1bn, the first year-over-year decline since records began according to Refinitiv Deals Intelligence.

Sustainable issuance includes green, social and sustainability bond volumes according to the data provider which is part of the London Stock Exchange Group. 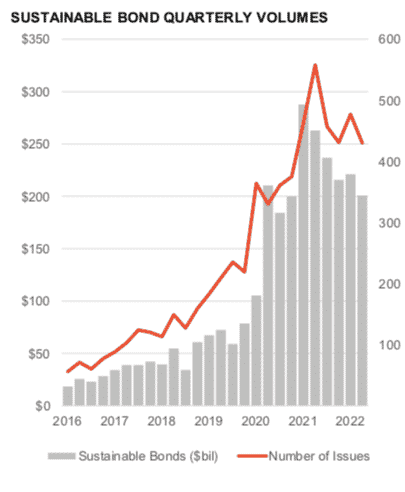 Green bond issuance was $232.7bn during the first half of 2022, a 4% decline from 2021 levels and a two-year low. Refinitiv Deals Intelligence said in a report: “Despite a year-over-year decline from the first quarter of last year, green bond proceeds surpassed $100bn for the sixth consecutive quarter.”

In 2021 annual green bond issuance broke through the half-trillion mark for the first time at $522.7bn, a 75% increase on prior year volumes, according to the Climate Bonds Initiative, the international organisation working to mobilise global capital for climate action. Climate Bonds Market Intelligence forecast in a report that the first annual trillion in green issuance could arrive in 2022 after a stakeholder survey. 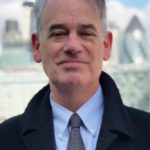 Sean Kidney, chief executive of Climate Bonds Initiative, said in the report: “Failure to affect immediate redress in the environmental merits of global finance implicates market actors as accessories to irreversible climate catastrophe. The trillion dollars issued across sustainable markets suggests that capital is beginning to shift at scale – but more is needed. This year we hope to see a trillion raised in green bonds alone, rising to $5 trillion by 2025.”

BofA Securities was number for sustainable finance bond underwriting with 5.4% market share during the first half of 2022, an increase of 0.8% from a yer ago according to Refinitiv Deals Intelligence.HSBC and JP Morgan were the number two and three bookrunners during the first half.

Equity capital markets activity for sustainable companies was a two-year low of $14.1 bn during the first half of this year, down 42% for a year ago, according to  Refinitiv Deals Intelligence. 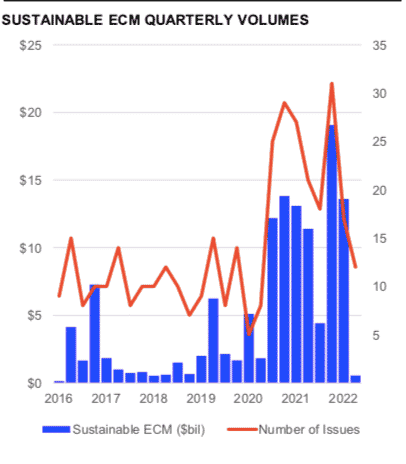 Morgan Stanley, Goldman Sachs and BofA Securities were the top bookrunners for sustainable equity offerings with a combined market share of 25% during the period.